In this episode of No 1 Kodalu, Rahul and Teja decide to take matters into their hands and find a solution to the Ekambaram-Sarsu situation. 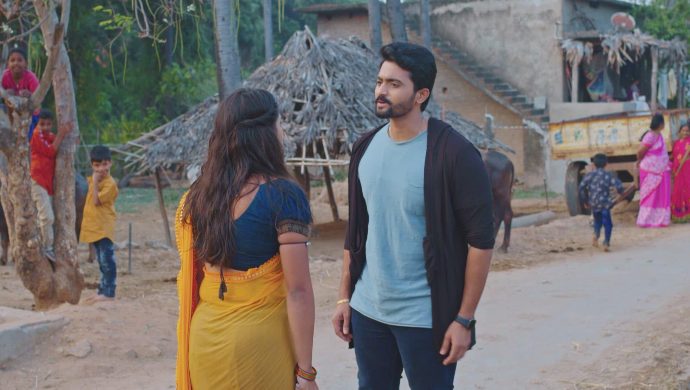 In the previous episode of No. 1 Kodalu, Sarsu goes in search of Chinni, and a few villagers tag along to help her. Ekambaram finds Surrendra’s house in search of Sarsu. He meets Nagamani there and asks her for Sarsu. However, when she starts enquiring for details, Ekambaram tells her that Sarsu has won a lottery. In order to extort this money, Nagamani asks Prabha to pretend as Sarsu. But Prabha’s brother comes in and stop them from falling to Ekambaram’s plan. Nagamani also hits him with a rod. Sarsu and another local man find Chinni floating in the water.

In today’s episode, Sarsu gets Chinni to the shore and then takes help from the villagers. Chinni calls her and falls unconscious again. They all rush her to the hospital. Teja tells Rahul about the situations at home and asks him to resume his work since Vagdevi isn’t looking for him. However, Rahul realises that the real problem has just begun. Because Sarsu might reveal the details of his visit to Peddayyina, since he spoke rudely to her. The brothers decide to take matters into their hands and find a solution to the Ekambaram-Sarsu situation.

Vanaja asks Vagdevi about the reason behind not rejecting Shyamala’s son’s proposal. That’s when Vagdevi addresses the situation by informing that she cannot reject any proposal because Navya isn’t number 1. They must take what they get, yet be careful about it. The doctor asks Sarsu to bring medicines, but she does not have money to pay the pharmacist. Rahul offers to pay and hopes that Sarsu will talk to him. But it goes in vain. Ekambaram wakes up to find that he has been tied to a tree. Nagamani and her son beat him to get the truth out of him. Shyamala asks the minister to give her a tender.