No 1 Kodalu 27 February 2020 Written Update: Sarsu Dreams Of Rahul Getting The Property

In this episode, Sarsu dreams that Peddayyina comes to Rahul and hands over the whole of his wealth to him. Read the full update here. 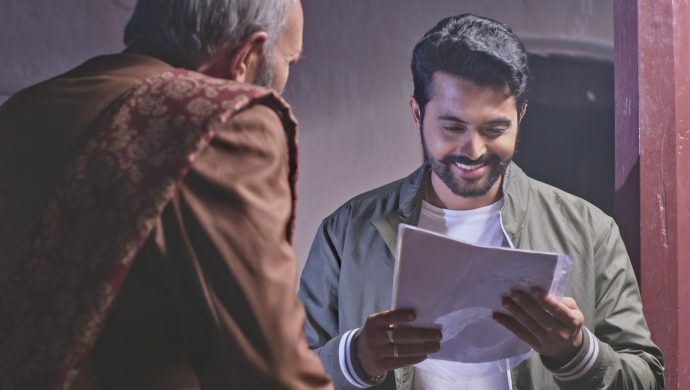 Earlier in No. 1 Kodalu, Teja convinces Arunbabu on staying at home until Navya’s Pellichoopulu. He scares Vanaja when he sees her worrying about the same problem again. Rahul brings dinner for Sarsu and Chinni, and watches as Sarsu feeds Chinni. He wonders what was it about her that makes her special. Sarsu asks him to go home, but he decides to sleep outside, after getting upset with Sarsu for no reason.

In the upcoming episode, when Sarsu does not understand what Rahul meant by pharmaceuticals, he changes the topic. Rahul shows a picture of his family and Sarsu insists on guessing them. She guesses everyone correctly and wishes for a day when Peddayyina could make it into their family photo. But Rahul tells her not to have too many expectations. Vagdevi refers to Shyamala’s husband as Collector garu and this surprises him, because of her changed behaviour.

He wonders how things will pan out since Shyamala and Vagdevi have different intentions with this wedding. Sarsu wakes up in a panic when she dreams that Peddayyina has given the whole of his wealth to Rahul. A priest comes to Sarsu’s house to see the predict Chinni’s future, now that she was a grown woman, and finds out that she has some sort of a generational curse following her.

The priest tells Sarsu that they could host a pooja for this problem but it needs to be done by her blood relatives. Sarsu thinks of Sundaram and Nagamani again, but Rahul tries opposing the idea. Sarsu wonders how to collect money for the pooja. In Vagdevi’s house, she wonders how to talk to her husband, and calls her sister. They talk about the behaviour and conversation that should be displayed during Navya’s Pellichoopulu.

Arunbabu takes a dig at this condition and says that they cannot hide a few things, no matter how much they try. On the other hand, Sarsu asks one of the elder ladies to take care of Chinni when Rahul asks her to rush in. He takes her to the market place to buy all the things that would be required for the pooja.

No 1 Kodalu 28 February 2020 Preview: Sarsu Takes A Mortgage Against Her Mother's Taali