In this episode of No 1 Kodalu, Arunbabu talks about marrying off Sarsu-Rahul to Uma's photo. Read the full update here. 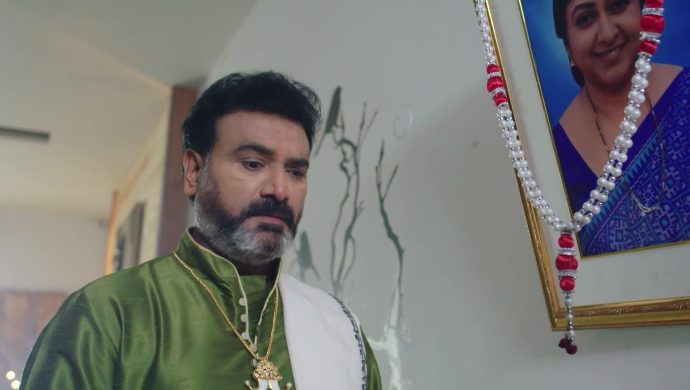 Earlier in No. 1 Kodalu, Arunbabu tells Amma and Teja that he has always been pretending to keep others at peace. Ekambaram gets scolded at, by Arunbabu, when he tries to advocate against Sundaram and Nagamani. Later that night, Kartikeya asks Arunbabu about his emotions towards Rahul and Teja. And Arunbabu starts talking about father-son love.

In the latest episode, Arunbabu tells Kartikeya that he has asked a small question, but the answer is extremely big. Then, he goes to narrate how and why he referred to his own father as a ‘retired father’. Teja listens to everything, standing behind them, and gets moved by the way his father talks about the importance and dependency of the father on the son, and of a son on the father. Teja rushes to his father and hugs him tightly.

Arunbabu talks about how Teja will have the same emotions and dependency on Kartikeya. Teja bends down and hugs Kartikeya. The next day, Arunbabu talks to Uma’s photo about how Nagamani was called immature and unruly to talk about marrying Sarsu to Rahul. Teja and Vanaja look at him with confusion.

Read the previous update of this show here, and stay tuned for more stories and the latest episode on ZEE5, before it airs on TV. You can also get all the live updates on Coronavirus on ZEE5 News Section.

Madhu-Mrudula And Gaurav-Mansi Are Excited To Witness The Mystery In Ooty, Are…

Ninne Pelladatha: What Evil Plans Does Fate Have For Madhu-Mrudula During Their…