In this episode of No 1 Kodalu, Arunbabu Talks about his love for Teja and Rahul when Kartikeya asks him Read the full update here. 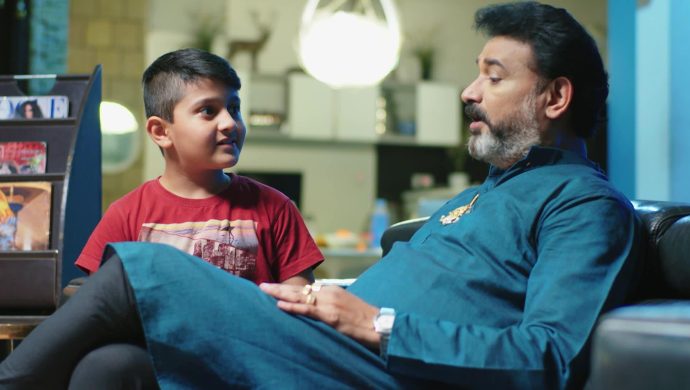 Earlier in No. 1 Kodalu, Arunbabu keeps thinking about all the times that have brought him the sad situations. Teja tries to talk his father out of the problems and the sadness, but Arunbabu tells Teja that Vagdevi is the problem and he cannot act as if things are cordial between the two of them anymore.

In the latest episode, Arunbabu tells Teja and Amma that he has been pretending every day, to please the society. Later, Ekambaram tries to tell Arunbabu that Sundaram came to him for money. But he gets scolded at, by Arunbabu, for trying to cross his boundaries. Sarsu asks Sundaram about his visit to Vagdevi’s house. He tells her that they went for help but seeing Vagdevi’s arrogant behaviour, they walked out of her house.

Sarsu asks Nagamani if she could go along with Peddayyinna to some function in the village. Nagamani acts sweet and asks her to go. Kartikeya asks if Arunbabu was crying while watching the climax of Bommarillu. Before he could answer, Kartikeya asks him about his love for Teja and Rahul. And, Arunbabu talks about the love between father and sons.

Read the previous update of this show here, and stay tuned for more stories and the latest episode on ZEE5, before it airs on TV. You can also get all the live updates on Coronavirus on ZEE5 News Section.

Reasons, Rituals And Richness! This Ugadi, Make The Traditional Pachadi In The…