In the upcoming episode of No 1 Kodalu, Arunbabu expresses his desire to marry off Sarsu before they get busy with Navya's wedding. Read more here. 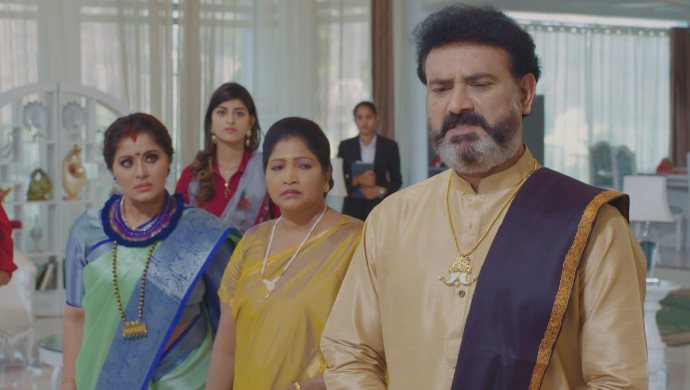 Earlier in No. 1 Kodalu, Sarsu misses her mother when she thinks about all things that Chinni would go through, now that she has become a woman. Vagdevi hears Sarsu call out to Rahul, and asks about him, but Rahul covers it up. Rahul tells Sarsu that Peddayyina has stepped out and he would be looking after everything that’s needed for Chinni. When Vagdevi talks about Navya’s marriage, Arunbabu feels sad for Sarsu who is living without her parents because of him.

In the upcoming episode, Arunbabu tells Amma that they must think about marrying off Sarsu, his friend’s daughter who lost her parents because of them, before thinking about Navya’s marriage. Vagdevi intervenes and asks the need to bother about someone else’s daughter. But Arunbabu corrects Vagdevi by stating that they brought misery into their lives.
Read the previous update of this show here, and stay tuned for more stories and the latest episode on ZEE5, before it airs on TV.
Don't Miss

In Remembrance: 15 Facts To Know About Late Icon Vijaya Nirmala On Her Birth…

Fashion Friday: Let These Tollywood Ladies Tell You How To Be A Stylish Boss…

Monday Motivation: 4 Healthy And Tasty Breakfast Ideas By Upasana To Wake You Up Excitedly