In the upcoming episode of No 1 Kodalu, Sarsu comes home to see that Chinni isn't at home or around the house. Read more here 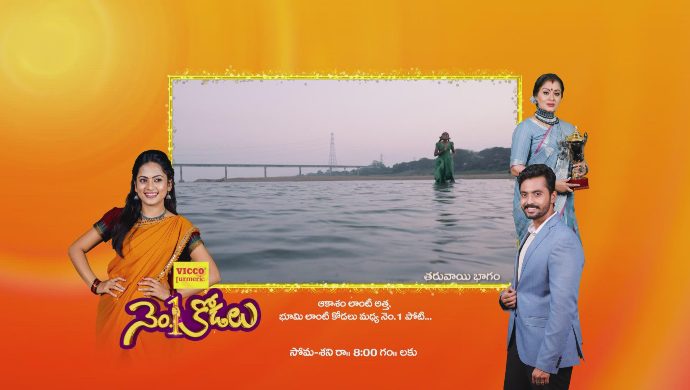 In the previous episode of No. 1 Kodalu, Vanaja and Maggie get scandalised when they see Navya dancing out of happiness, instead of being sad. That’s when Navya explains that she is celebrating the freedom from Vagdevi and her jail-like house. Ekambaram reaches Mahendravam and gets frauded by the real estate agent, in hopes to get some information about Sarsu. Sarsu reaches Peddayyina’s house and gives him a low-down about his own medicines. When Peddayyina enquires about her changed behaviour, she tells him that she is quitting her job as his maid.

In the upcoming episode, Sarsu comes to see that Chinni isn’t around. She asks everyone around her, but nobody has any answer to where Chinni had gone. On the other hand, Chinni chases the flying kite and steps into the deep waters of the nearby sea.