In this episode of No 1 Kodalu, Vagdevi discusses a match for Navya, but this conversation makes Arun think about Sarsu. Read the full update here. 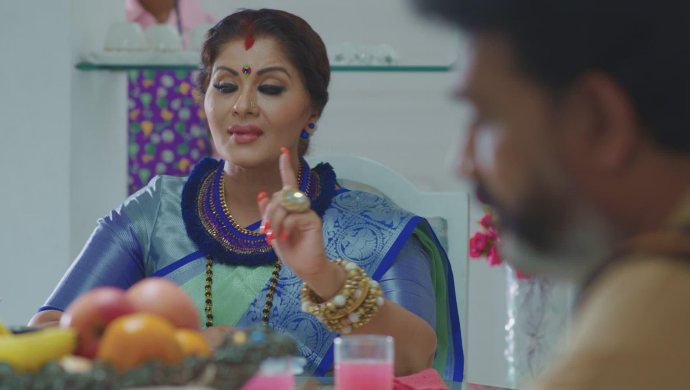 Earlier in No. 1 Kodalu, Vanaja hears Teja thanking his friend for saving him. Sundaram asks if Sarsu and Chinni would be willing to move back in, for his sake, but Chinni strongly refuses. Peddayyina tries talking to Rahul but ends up rushing to meet his friend, who is on the death-bed. Teja turns the tables around when Vanaja tries to question him. Rahul helps break the door open, when Sarsu fails to get to Chinni. A few women tell Sarsu that Chinni has started menstruating.

In the upcoming episode, Sarsu tells the elderly ladies that she is missing her mother for the first time, because she would have taken care of everything for Chinni. The ladies tell her to stop worrying, because they would help her do everything just the way her mother would have. Sarsu decides to call Nagamani for the pooja that should take place for Chinni. The ladies try to stop her, but Sarsu insists on inviting her, for all the years that Nagamani took care of them.

Sarsu goes out to call Rahul, who was talking to Vagdevi. He tells her that the project work has been going extremely well and he would start setting it up soon. Vagdevi hears Sarsu’s voice and asks Rahul who was calling out to it, and Rahul covers up by saying that it was his friend in Chennai, who was helping with the project. Rahul asks Sarsu about Chinni’s health, and the elderly lady comes to explain that Chinni has ‘grown-up’ to be a woman now.

Sarsu tells Rahul that she will go and inform Peddayyina about it when Rahul tells her that he has gone to the town for some urgent work. In fact, Rahul promises to do every single thing that would be required for Chinni’s pooja. Vanaja tries to ask Teja about the secret that he found out, but Vagdevi asks everyone to gather. She tells them about a match for Navya and asks for their opinions. Everyone asks Vagdevi to take the call except for Arunbabu, who thinks about Sarsu.

Later, Rahul talks to Teja on a call when Vagdevi walks in, giving both the brothers a mild panic attack. Yet they cover it up, as well. Vagdevi tells him about Navya’s wedding and Rahul expresses his excitement but also informs that he might not be able to make it. Teja goes to his father asks about his sadness, and finds out that he is concerned for Sarsu.

In Remembrance: 15 Facts To Know About Late Icon Vijaya Nirmala On Her Birth…