No 1 Kodalu 21 March 2020 Written Update: Sarsu Goes To Talk To The Gatekeeper

In this episode of No 1 Kodalu, Sarsu goes to talk to the gatekeeper to stop her uncle-aunt for spilling any beans. Read the full update here. 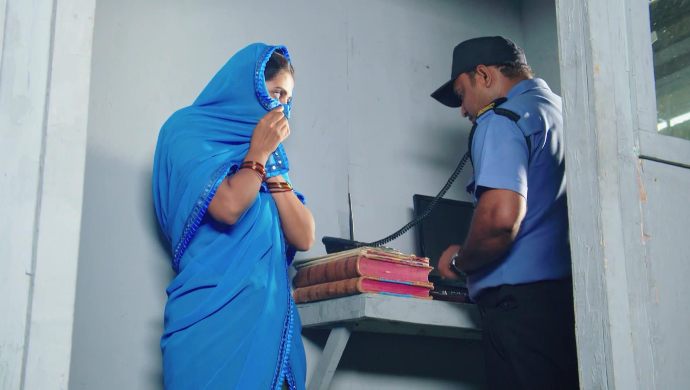 Earlier in No. 1 Kodalu, Rahul takes a smoke break after reaching the city and Sarsu decides to deal with his habit later on. Maggie saves Vanaja and also tells Vagdevi that Vanaja is planning to take up another course to stay updated. Rahul and Sarsu see Sundaram and Nagamani, but miss out on speaking to them a few moments before they go inside the house. Sarsu assures that they will find a way to fix the problem.

In the latest episode, Nagamani and Sundaram step inside the house and Nagamani turns around to get a good look of the house. She is awestruck, but Sundaram asks her to stand her ground and keep calm. Arunbabu meets them and Amma comes out to greet them along with others. Vagdevi stays atop and discusses them with Ekambaram. She wonders if Sarsu was around too, and decides to go out and check. She also tells Ekambaram to listen to their conversations.

Sarsu assures Rahul that they can find a way, but Rahul tells her that he cannot step inside the house. Sarsu recalls how she spoke to Vagdevi from the phone outside. Rahul takes her dupatta and covers her head with it. Sarsu taunts him of being too naive and goes ahead. She tells the gatekeeper that she is related to the guests who visited earlier and wants to talk to them. Vagdevi steps out of her house to see if she could spot Sarsu, but no luck.