In this episode of No 1 Kodalu, Teja thanks his friend for covering up on the call when Vanaja overhears his conversation. Read the full update here. 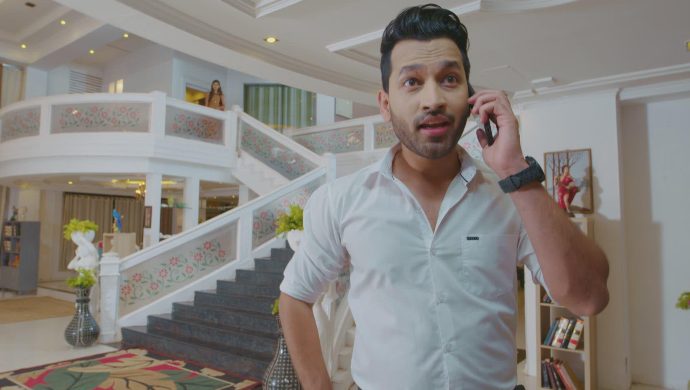 Earlier in No. 1 Kodalu, Rahul remembers that finding another piece of land would be more difficult than giving Sarsu a chance, So, he goes to meet Peddayyina with her. Sarsu tells the elderly man that he has been neglecting Rahul. She also convinces Peddayyina to help Rahul in his project. Rahul thanks Sarsu and extends his friendship. Sarsu finds out that Rahul will not be by Peddayyina’s side forever, and has plans to return to the city.

In the upcoming episode, Teja finds a quaint corner and calls his friend. He thanks the friend for covering up for him. Vanaja overhears his conversation ad grows suspicious about his secret visit. She decides to find answers. Sundaram meets Sarsu and Chinni, and expresses his sadness for not having them at home. Sarsu asks Chinni if she wants to go back, and Chinni starts crying endlessly.

Peddayyina calls Rahul, and asks him about the project work. Rahul only begins talking about it when Peddayyina’s lawyer comes and calls him for an urgent phone call. Peddayyina finds out that his long time friend has been hospitalised, and is on his death bed. As he leaves, he asks Rahul to forgive him for failing to complete the conversation, and promises that he can have whatever he wants, while also asking him to take care of Sarsu and Chinni.

Vanaja sees Teja dancing in happiness in the room, he calls her to dance along. But she turns the music off and asks him to reveal the truth about his visit. Teja wonders if she found the truth out, but also knows that he did not leave any loose ends. That’s when he turns around and tells Vanaja that he found out a hidden truth about her and went to confirm it. This scares Vanaja, who refuses to ask any more questions.

Sarsu comes home and sees that Chinni has locked herself in the room. She tries to open the door but is unable to. Sarsu promises that they will not stay with Nagamani. But it doesn’t help. Rahul walks in and breaks the door open. A few women rush in and ask Rahul to step aside. They go back and tell Sarsu that Chinni has started menstruating, which is why she had locked herself in a state of panic.