In this episode of No 1 Kodalu, Rahul fails to catch up with Sundaram-Nagamani moments before they step inside. Read the full update here. 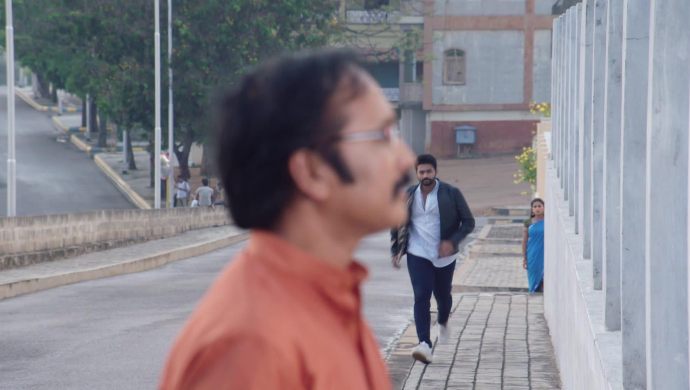 Earlier in No. 1 Kodalu, Sarsu tries her best to get close to Rahul by calling him bava and sharing dinner in the same plate. Later, they save the bride from goons. Rahul calls Teja for help, but Teja uses this conversation to scare Vanaja. She goes to Vagdevi’s room to take her certificates but gets locked in the cupboard.

In the latest episode, Vanaja begs Maggie to get her out of the cupboard. But Maggi insists that it was too early to step into Vagdevi’s room. Rahul and Sarsu reach the city and wait for an autorickshaw. Sarsu sees Rahul smoking in a corner and takes his class. Rahul tries to cover it up, and Sarsu tells him that she will deal with him later. Maggie gets Vanaja out of the cupboard and Vagdevi wakes up in some time.

She asks the girls why they were in her room early in the morning. Vanaja tries to wish her good morning but Maggie insists that they were in her room for something else. She adds that Vanaja had decided to study another course to keep herself updated. Vagdevi praises Vanaja for this decision, but Vanaja beats Maggie later, for putting her in a spot once again.

Sarsu and Rahul see Nagamani and Sundaram in auto and follow them. Moments before Rahul tries to catch up with them, the gatekeeper opens the entrance door and Sundaram steps inside. With this, Rahul loses all of his hopes, but Sarsu assures that they will find some way to fix the problem. As Nagamani goes inside, she recollects her meeting with Arunbabu, years ago.