In this episode, Rahul talks to a village local, a real estate agent, about his interest in purchasing the land. Read the full written update here 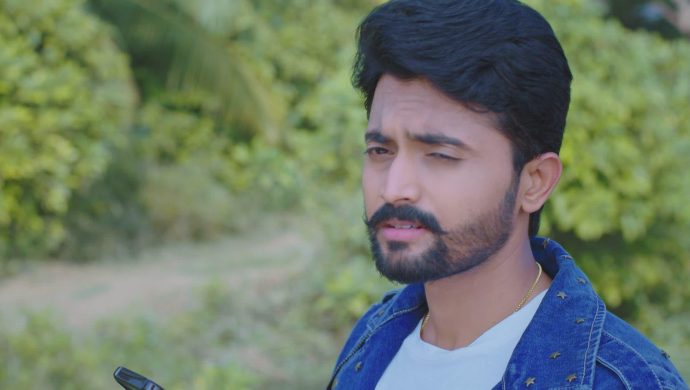 In the previous episode of No. 1 Kodalu, when Sarsu goes to Peddayyina’s house as a routine, Rahul treats her like a maid. Sarsu feels offended by this and teaches him a lesson, by pouring his tea on the floor and calling out to the real maid. When he heads back home, Sarsu meets Peddayyina’s lawyer. He gives her some money to give it to Nagamani. When Sarsu enquires about the reason behind the money, the lawyer explains that Nagamani has been asking for payment for Sarsu’s services to Peddayyina.

In today’s episode, Sarsu stands alone, disheartened. Rahul comes close to her and reminds her of the reason for him calling Sarsu to be a maid. Rahul goes to a tea stall in the village. A local real estate sees Rahul and considers him to be a potential candidate. So, he goes close to Rahul and talks about his plan. But Rahul shares his interest in buying a massive property in the village. The agent expects him to be either insane or someone with big plans. He takes his chances and takes the conversation ahead.

The agent tells Rahul about the fact that the land belongs to his grandfather. He purposely dashes into Rahul and drops his phone in the water. When Rahul complains about the phone being unusable, the agent offers to get it repaired and hands Rahul his visiting card. Sarsu goes to Nagamani and claims that she has found out the truth. Nagamani tries to argue that Sarsu needs to bring money home. And when she found an opportunity, she wouldn’t let it go. Sarsu pleads her aunt to not bring money between her and Peddayyina.

EXCLUSIVE: Felt Like I Paused Time For 35 Years: Sudha Chandran On Returning To…

Birthday Special: No Matter What Your Type Is, Varun Tej Is Every Girl’s…

Ekambaram tells his wife that he has to go to Mahendravaram for some secretive work. He pleads his wife to let him go this one time, and then, he would take her out to whichever place she wants to visit. Teja overhears this conversation and wonders if Ekambaram is going to Mahendravaram to find out about Rahul’s secret rendezvous. Maggie tells Vanaja to stop crying. When Vanaja finally stops, they decide to go and meet Navya to check on her. However, when he takes time to open the door, Vanaja expects the worst.