In this episode of No 1 Kodalu, Sarsu helps Rahul in getting Peddayyina to promise to help him in the project. Read the full update here. 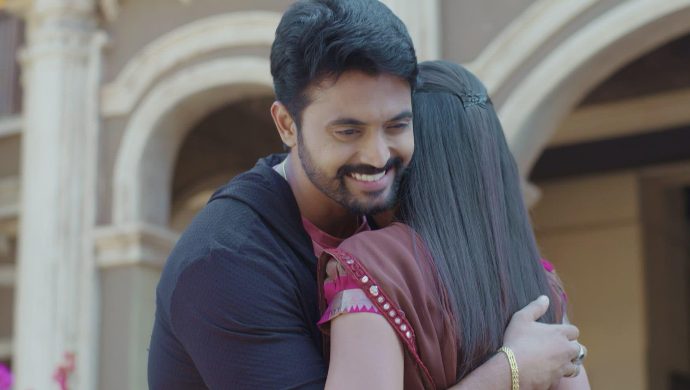 Earlier in No. 1 Kodalu, Arunbabu starts arguing with Vagdevi about Teja’s visit and defends that there is nothing wrong in him visiting his grandfather. Vagdevi defends that she wasn’t doubting anyone, it was only her concern. She later goes to Teja and gives an explanation for her behaviour. Sarsu finds the letter and goes out to find Rahul. She meets him and asks him to reconsider her decision to stay, for Peddayyina.

In the upcoming episode, Rahul considered Sarsu’s offer and decides to give it a shot, since he had nothing to lose. He also thinks about finding a piece of land would be more difficult. So, he goes along and meets Peddayyina, and stands still as Sarsu speaks. Peddayyina gets scolded by Sarsu, first – for hitting extreme lows without his family, and second – for neglecting Rahul when he visited her.

Peddayyina asks Rahul if he really felt neglected, and Sarsu adds that anyone would feel so because he made his world revolve around Sarsu, Chinni and the people of the village. Rahul continues to stand still and Sarsu tells Peddayyina that Rahul has also been afraid to ask for anything. That’s when Peddayyina remembers the day when Vagdevi asked for some liberty and left the house forever, instead.

However, Peddayyina promises to help Rahul in whatever capacity that he could. Rahul and Peddayyina share an extended embrace and Sarsu goes out. Rahul runs towards her and hugs her tightly. He thanks her for solving the problem and apologises for all the times he was rude to her. Sarsu tells him to let the past go, and Rahul extends his hand for a new start, a new friendship.

During this conversation, Sarsu thanks him for agreeing to stay by Peddayyina’s side, but he clarifies otherwise. He tells Sarsu that his life and lifestyle are extremely different and he would be paying visits to the village and Peddayyina, but will not settle down here. Rahul leaves by saying this, and Sarsu goes into deep thoughts thinking about Peddayyina’s life after Rahul leaves.