No 1 Kodalu 2 March 2020 Written Update: Navya Gets Ready For Pellichoopulu

In this episode of No 1 Kodalu, Vanaja and Maggie help Navya in getting ready for her Pellichoopulu. Read the full update here. 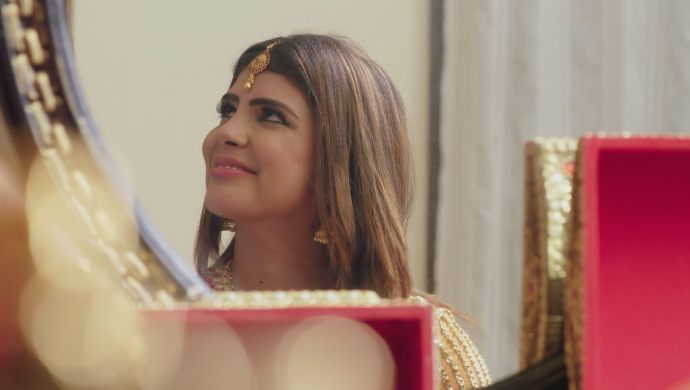 Earlier in No. 1 Kodalu, Rahul and Sarsu pack clothes, book a photographer and collect other things as needed. In the photographer’s studio, Sarsu thinks of all the times that Rahul had held her close. They enjoy an ice cream on the way and Sarsu wipes her hand on Rahul’s shirt. It annoys him, but he laughs it off. Ekambaram finds out that Navya will soon be married, and Vagdevi asks him to take care of the groom’s family.

In the upcoming episode, Sarsu and Rahul get started with the preparations when Peddayyina arrives with his lawyer. Sarsu hugs him and starts sobbing. Peddayyina comforts her and hands her some gifts for Chinni. Sarsu tells him that she wants to keep the function as small as possible, but Peddayyina insists on making it a grand celebration. Peddayyina adds that he couldn’t do anything for Navya, and maybe this is his occasion to revel in.

Vanaja and Maggie help Navya in getting ready for the Pellichoopulu. Amma comes in and tells them to be quick and also compliments Navya. But Vagdevi comes in and taunts that there is nothing commendable about outer beauty. Amma tells Vagdevi to let the issue of studies go, at least on this day. When Vagdevi starts talking about Navya’s children’s education, Navya decides to go away from her. Amma, then, asks Vagdevi-Arunbabu to stand together and bless Navya.

This moment makes Navya and Arunbabu emotional. Vagdevi drops yet another sly comment and asks Arunbabu to behave in front of the guests. Sarsu plays with Chinni while also feeling sad about what the astrologer said about Chinni’s future. Ekambaram sees Shyamala’s PA and refuses to let her inside. He also comes inside and argues with Vagdevi before Arunbabu tells him who the groom was.

An old man comes to Sarsu’s house and asks for Ishwar Prasad. Sarsu finds out that he used to be Vagdevi’s school teacher and wants to resume teaching in the village once again. Peddayyina is happy to know about his intentions and asks for sometime before he could make any proper settlements. Rahul gets ready to make the function come alive.