In this episode of No 1 Kodalu, Arunbabu and Vagdevi start arguing whether Teja visited Bangalore or Mahendravaram. Read the full update here. 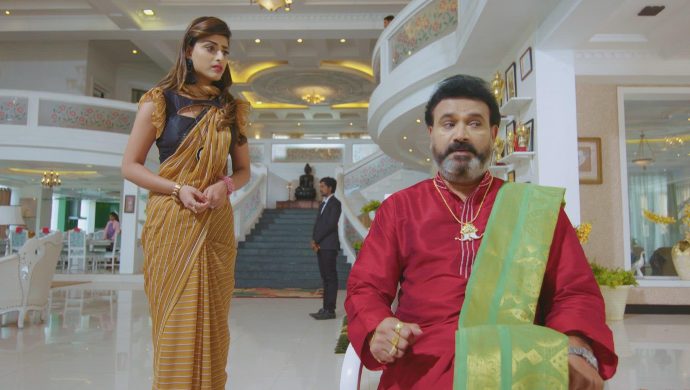 Earlier in No. 1 Kodalu, Sarsu tells Rahul that the only reason that she was close to him was that he was a part of her memories. Vagdevi finds out that Teja did not take a flight or train to Bangalore. She gets angry and calls out to him. Teja calls his friend and tells Vagdevi that he travelled to Bangalore by his friends’ car. Teja’s friend, Manohar promises Vagdevi that he was looking after their school teacher. Sarsu hears Rahul talking about going back to the city.

In the upcoming episode, Sarsu helps the doctor, who had come for their check-up while thinking of ways to stop Rahul. Arunbabu calls Vanaja, while Vagdevi was sitting close by, and asks her the reason behind Teja’s visit. Later, he adds that Teja and Rahul have the means and freedom to travel wherever they want. And even if they do visit Mahendravaram, it shouldn’t be a problem since they were born and brought up there.

Vagdevi tries to argue it by stating the reasons why they left the village, in the first place. Before walking away, Arunbabu tells his sons are greater than him, who wouldn’t cross the boundary drawn for them – unlike he, who walked away from his father. Vagdevi defends herself by saying that she wasn’t doubting Teja, she only wanted to be double sure. Sarsu finds a letter in Rahul’s room, which the lawyer reads and informs that he has left home.

Vagdevi goes to Teja and gives an explanation for her temper. She also adds that going to Mahendravaram would be a betrayal for her. Sarsu, on the other hand, finds Rahul close to the ferry and stops him. She asks him to consider his reasons and stay for some more time.