In this episode of No 1 Kodalu, Kanchayini tells Vanaja to enter Vagdevi's room and steal the fake certificates. Read the full update here. 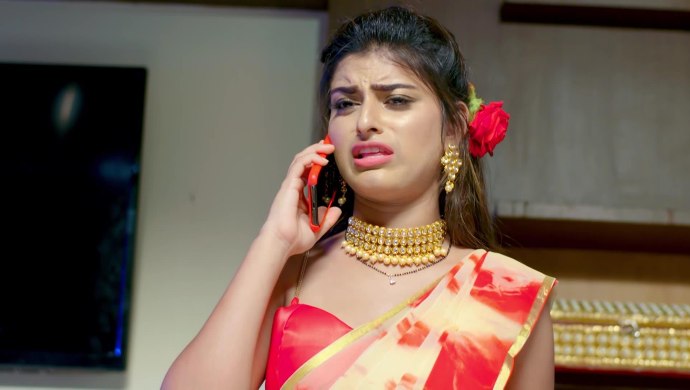 Earlier in No. 1 Kodalu, Rahul and Sarsu see Nagamani-Sundaram go away in the boat and wait for the next one. Upon reaching the village, they find out that the bus has left too. So, Sarsu seeks help from an old man from her village and finds a way to travel without having to pay. Rahul feels surprised when he sees everyone talking about ‘Devudu’ and Sarsu pranks him using the same confusion. Arunbabu and Vagdevi have a spat because of the guests coming to meet him.

In the latest episode, the old lady in the vehicle asks Sarsu and Rahul if they are eloping. Rahul tries to deny it, but Sarsu plays along and feels happy to put Rahul in an uncomfortable position. The old lady compliments their couple. At one point, another girl eyes Rahul, which makes him uncomfortable. So, he asks Sarsu to sit closer to him. Due to crisscross way, Sarsu ends up dashing into Rahul more often than excepted. When the bridegroom share desserts, Rahul-Sarsu do the same.

Vanaja asks Maggie for their mother’s whereabouts. Vanaja calls Kanchayini on Maggie’s suggestion and explains her misery. That’s when Kanchayini puts ahead a plan which would solve her problem. Maggie asks about it, and Vanaja explains that they will go into Vagdevi’s room to steal her fake certificates. Maggie tries to back out, but Vanaja does not give her that option. Sarsu asks Rahul to help him get down, and the other girl does the same.

Rahul acts extremely friendly with the girl and this irks Sarsu, who goes and sits by a corner. Rahul follows up and sits next to her. She tells him to go and sit with the same girl, when she shows up in front of Rahul with a cup of tea. Rahul hesitates, but takes the cup to annoy Sarsu. In fact, he also makes space between him and Sarsu for the girl to sit. But Sarsu quickly moves towards Rahul and asks the girl to leave. Later, she sees the girl looking at Rahul, and goes to him again.

From Dates To Panchangam, Here’s Everything That You Need To Know About…

Wow Wednesday: Meet The Real Side Of Madhumitha AKA Our Chirpy Sarsu From No 1…