In this episode of No 1 Kodalu, Arunbabu requests Sundaram to come and meet him with his family to discuss Sarsu's wedding. Read the full update here. 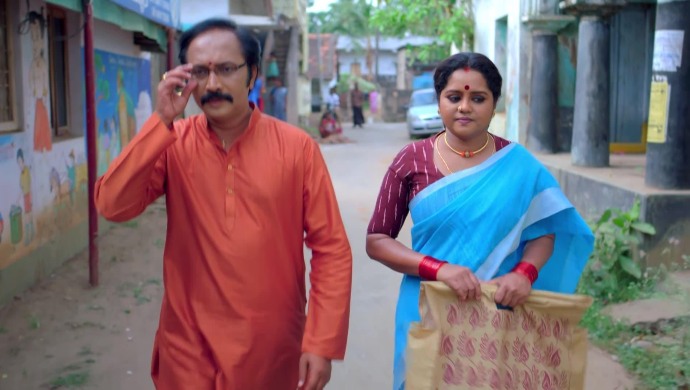 Earlier in No. 1 Kodalu, Rahul takes pride in Sarsu’s move to save his grandfather. Then doctors also add to Sarsu’s credibility. They take him home and fight with each other for no reason. Sarsu goes home to find the groom still waiting. Sundaram encourages her to share her opinion, as opposed to Nagamani. Sarsu tells them that she wants Chinni to stay with her. The groom takes this as an excuse to get rid of the proposal. He rejects this plea and walks away.

In the latest episode, Sarsu goes to Peddayyina’s house while thinking about Rahul all the way. She meets Rahul and teases him and also gets teased by him. She scares him by saying Vagdevi has called and runs away with his phone. Rahul runs behind her and takes his phone back only to find out that it was the customer care. Arunbabu calls Sundaram and greets him warmly. Sundaram does not take it the same way is about to hang up. But Arunbabu takes for a minute.

He asks Sundaram about Sarsu and their wellbeing while talking about the responsibility he shares in getting her settled into a decent family. Nagamani insists on hanging up the call but changes her mind when Arunbabu proposes contributing to Sarsu’s marriage. On this note, he asks them to come and meet him in the city. Arunbabu also requests them to bring Sarsu along.

Nagamani thinks of this to be a good idea to extort more money from him and agrees to visit him. However, she asks Sundaram to avoid taking her along. Since she could be easily affected if things do not go well. They decide to leave the same day. Teja sees his father happily laughing and asks for the reason behind it. When Arunbabu explains, it takes a few moments for Teja to process that Rahul is in danger. So, he calls Rahul and asks him to handle the situation.

Rahul decides to stop them and visits their house. He calls Sarsu but she thinks its all in her head since she couldn’t stop thinking about him all day. Finally, Rahul calls out to her again and she falls into his arms, unknowingly. Rahul asks for help, but Sarsu decides to use his taunts against him. She asks him to call her ‘Saraswati Madam’, and Rahul does it after rejecting the idea initially. So, they run together to stop them and Sarsu asks Rahul to hold her hand.

No 1 Kodalu 17 March 2020 Preview: Arunbabu Waits For His Special Guests