In this episode, Sarsu leaves home late at night to meet Rahul and give him a birthday gift. Read the full written update here 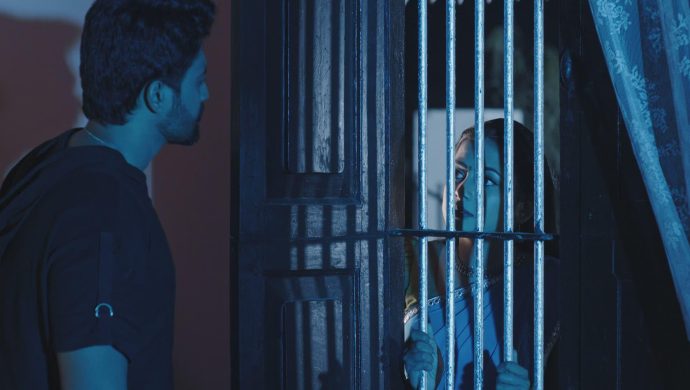 In the previous episode of No. 1 Kodalu, Vagdevi asks Ekambaram to visit Mahendravaram to find ‘the girl’. Rahul goes to his grandfather’s room, thinking that he can ask for the land. But when he goes in, the old man talks about their past, and Rahul’s childhood. That’s when Rahul decides to drop the idea so that it doesn’t backfire on him. Before calling it a night, Peddayyinna asks Rahul to marry Sarsu. But Rahul refuses her proposal because Vagdevi would never accept an illiterate girl as her daughter-in-law.

In today’s episode, Peddayyina tries to explain that education isn’t everything. And he adds that Sarsu is #1 in many things that they can never possibly be able to do. They call it a night and go to sleep. Vanaja goes out of her room and bangs on Maggie’s door. Vanaja cries as she tells her sister about the nightmare, and Maggie asks her to sleep with her for the night. Yet, Vanaja insists on leaving the lights on. Rahul keeps wondering about something when Sarsu knocks on his window and calls him out. She hands over a jar full of fireflies as a birthday gift.

Sarsu expects Rahul to remember their childhood, and turn kinder towards her. However, he does the exact opposite. Rahul starts taunting Sarsu for disturbing his sleep, while also belittling her because of her social status. Sarsu feels broken inside and she leaves, after trying to make him feel happier. To her dismay, her family stands in the corridor waiting for her to come home. When she tells them the truth about her midnight escapade, Nagamani misinterprets her intentions and slaps her. Even her uncle expresses his disappointment.

Fashion Friday: Here's How 'Stylish Star' Allu Arjun Has Lived Up To His Title