In this episode of No 1 Kodalu, Vagdevi wonders if Teja visited his school teacher or his grandfather in Mahendravaram . Read the full update here. 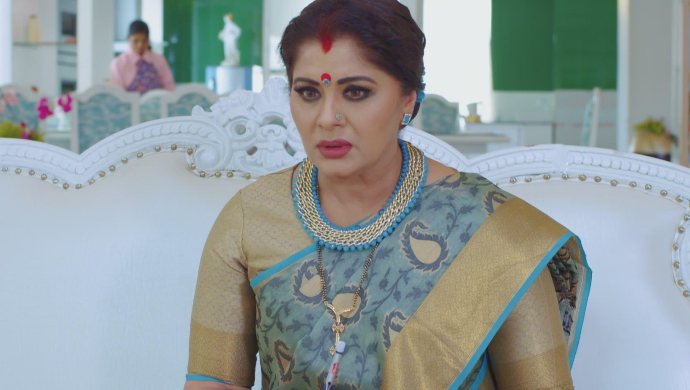 Earlier in No. 1 Kodalu, Peddayyina asks Rahul to marry Sarsu again. But when he refuses again, Peddayyina says that he will start looking for potential matches for Sarsu. This news makes Rahul extremely happy. Nagamani bashes Sarsu for being shameless. Ignoring it, she goes to the temple and the priest asks her to pour 108 vessels of water on the Shivaling in the temple. Everyone goes to see Teja off, and Vagdevi, who had called Teja, hears him call someone Tattayya.

In the upcoming episode, Prabha sees that Rahul and Sarsu are in the same temple. She decides to wait for the right moment when the two cross paths and capture it. Sarsu falls to the ground a moment before Rahul comes to her rescue. They take her to the temple and wait for her to gain consciousness again. Peddayyina scolds her for being so reckless, but the priest says that she has completed 106 vessels of water and is left with only two more. Sarsu insists on completing it, but Peddayyina asks her to take Rahul’s help. And that’s how they completed it.

Vagdevi keeps wondering if Teja visited Mahendravaram. When one of her employees brings a file from Ekambaram, she thinks he would have some answers. So, she calls him and asks about Teja. Surprisingly, Ekambaram tells Vagdevi that he saw both, Rahul and Teja, in Mahendravaram. He also adds that he saw his late parents. Rahul and Peddayina take Sarsu home after the pooja. Prabha shows the video to her mother, and tells her to find a way to bring Sarsu back so that she couldn’t rule over them, by marrying Rahul and becoming the chief of the village.

5 Things Shruti Haasan Does In Srimanthudu That Will Inspire You