In this episode of No 1 Kodalu, with Sundaram’s encouragement, Sarsu voices out her opinion and rejects the proposal. Read the full update here. 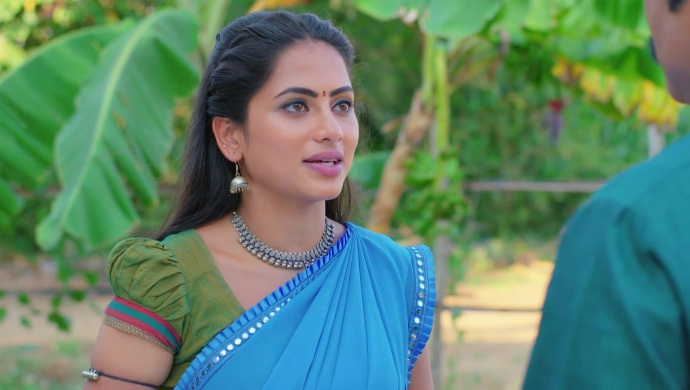 Earlier in No. 1 Kodalu, Sarsu finds out from the doctors that Peddayyina does not have a lot of time. She also fails to reach out to Teja and Rahul. Sarsu manages to have some movement in the old man by talking to him about his family. She manages to call Teja and plays a skit with him that helps Peddayyina wake up and gain consciousness. Rahul comes to the hospital and gets scolded by Sarsu and Teja.

In the latest episode, Sarsu apologises to Rahul for hugging him. But Rahul clarifies that he isn’t talking about it, he asks her about her move to save the old man. Sarsu smiles and Rahul shares his pride in Sarsu for doing something that even the doctors couldn’t. The doctor walks in and Rahul asks about Peddayyina’s health, to which he responds by saying that Sarsu is the one to answer.

Sarsu, Peddayyina and Rahul come back to Village. Sarsu insists on staying until he falls asleep but Rahul asks her to leave. They end up in a silly argument and Sarsu leaves after pinching Rahul’s nose. She reaches the foyer and wonders how she has to deal with Nagamani’s wrath. But to her surprise, Nagamani welcomes her warmly and asks her to freshen up quickly. Sarsu notices that the groom’s family was still in the house. She comes and sits quietly, as instructed by Nagamani.

The groom wonders how to get rid himself of the proposal and asks for Sarsu opinion. When Nagamani asks the groom to be sure of her acceptance, Sundaram tells everyone that Sarsu must voice her own opinion. That’s when Sarsu explains that she would like Chinni to be with her even after the marriage. The groom takes advantage of this opinion and voices that he cannot allow that. Saying this, he picks up his parents and walks away with them.

The next morning, Sarsu gets ready thinking about how the groom had claimed that she was in love with Rahul. Sarsu recollects all the happy moments between her and Rahul and smiles. She steps out to meet Peddayyina when Sundaram stops her. He asks her about her true intentions in regards to marriage. Sarsu wonders if she could share her love for Rahul, but acts against it. She tells him that she isn’t ready for it yet.

Kailasapuram Review: This ZEE5 Original Brings The Dark Side Of The Society Into…

No 1 Kodalu 16 March 2020 Preview: Rahul And Sarsu Tease Each Other