In the latest episode of No. 1 Kodalu, Vagdevi goes through all the CCTV footages but does not see Sarsu's face. Read the full written update here 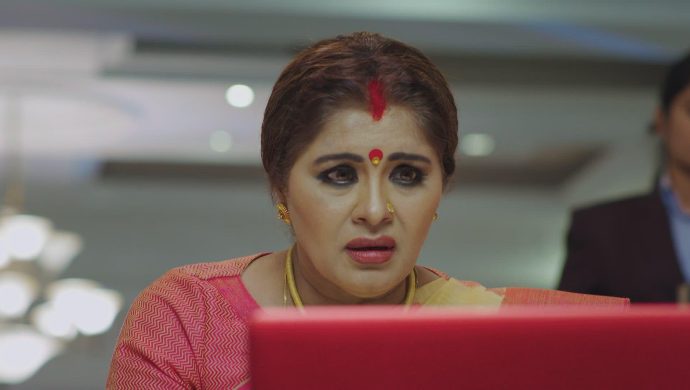 In the previous episode of No. 1 Kodalu, Teja tries to hold back Rahul from rushing in and talking about his purpose behind visiting Mahendravaram to their grandfather. Maggi tries to flirt with him on the call, but Rahul finds a way to hang up. Sarsu helps Rahul and Pedayyina in completing the rituals for the pooja, before the harvest. Post this, Rahul and Sarsu end up having a silly fight when Nagamani sees them together. She creates a scene but pretends to be apologetic when she finds out Rahul’s identity. On the other hand, Vagdevi slaps Venkat, who uses fake degrees to get a job in Vagdevi’s company.

In today’s episode, Venkat defends himself by saying that the allegations on him, from the previous company, were only accusations. And, they had no proof to prove him wrong. He also tells Vagdevi that maybe whatever the girl (Sarsu) said about her might come true someday. While he leaves the house, whatever he said to Vagdevi does not escape her mind. At home, Nagamani is unable to serve food to her husband properly, because she keeps thinking about Sarsu and Rahul. She decides to find a way to keep them apart, or else Sarsu would have a better life.

When Sarsu comes home, Nagamani loses her temper and starts cribbing about how Sarsu was spoiling her life, and hence the reputation of her uncle and aunt, by roaming with Rahul. Later during the day, Vagdevi tells her PA (Ekambaram) to arrange for the CCTV footages from the day when ‘the girl’ (Sarsu) had come home. Sarsu and her uncle talk about all that happened during the day, and her uncle apologises for whatever his wife said. Sarsu said that there is no need to apologise, and starts talking about her day instead.

5 Dishes You Should Cook To Make Your Sankranthi More Authentic And Delicious!

Vagdevi sits with the engineer to check the footages but is unable to see Sarsu’s face clearly. Despite checking all the camera footages, the face continues to be a blur. That’s when the engineer informs that the footage from that day is blurry due to the foggy weather. However, he promises to take care of such situations going forward. Yet, Vagdevi lashes out on him in anger and frustration.

Amrutham Episode 25 Written Update: Sanju Is Fed Up Of The New Househelp

Wow Wednesday: 8 Films Ft. Ileana D'Cruz That Prove She Is A Powerhouse Of Talent