In this episode of No 1 Kodalu, Teja goes back home from Mahendravaram but Vagdevi calls him at that time. Read the full update here. 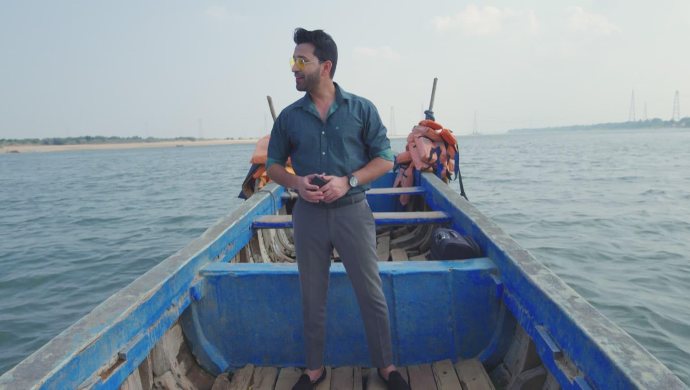 Earlier in No. 1 Kodalu, Sarsu imagines herself to be playing in the childhood house with her father. She talks to a neighbour, who tells her that the house has come alive again. Vagdevi talks to Shyamala’s husband and keeps wondering if the proposal would be a bad decision. She tries to talk to Arunbabu, via a conference call through Ekambaram. But Arunbabu refuses to talk to anyone. Prabha tells her mother to bring Sarsu back home, to do the household chores. But Nagamani refuses to agree.

In the upcoming episode, Rahul stands by the riverbed and appears to be in deep thoughts when Peddayyina approaches him. The elderly man tells his grandson about how Arunbabu would prefer spending lone time at the same place. Through the conversation, he asks Rahul to marry Sarsu again. But when he refuses again, Peddayyina says that he will start looking for potential matches for Sarsu. This news makes Rahul extremely happy, who thinks how he would have one less problem to deal with. Sarsu takes Chinni to the temple, but she starts panicking upon seeing Nagamani.

Nagamani comes closer and bashes Sarsu for being shameless, for continuing to have an affair with Rahul, and for using Peddayyina as her shelter. Sarsu listens to her quietly but few other ladies come to her rescue. Nagamani walks away after taunting everyone, and the ladies tell Sarsu to take Peddayyina’s help. However, Sarsu agrees to bare with Nagamani for the sake of her uncle. She goes to the temple and the priest asks her to pour 108 vessels of water on the Shivaling in the temple.

Sarsu starts with it when Rahul, Teja, and Peddayyina come to the same riverbed. Peddayyina appears to be sad to send off Teja back home, but makes peace with his fate. Rahul asks Teja to help him start the conversation, and Teja does it by saying that Rahul’s new project requires him to be stationed in Mahendravaram itself. They all see him off, and Teja yells across the river to talk to his grandfather when Vagdevi calls. He answers the call by mistake and Vagdevi hears Teja calls someone “Tattayya“. She wonders if Teja lied to her or if Arunbabu sent him to the village.

Sarsu continues with her job when Rahul wonders how an illiterate can be eligible to do extremely stupid things, such as Sarsu’s prayer.

Fashion Friday: Let These Tollywood Ladies Tell You How To Be A Stylish Boss…