In this episode of No 1 Kodalu, Teja tells Rahul that they owe Sarsu a lot for saving their grandfather with her skills. Read the full update here. 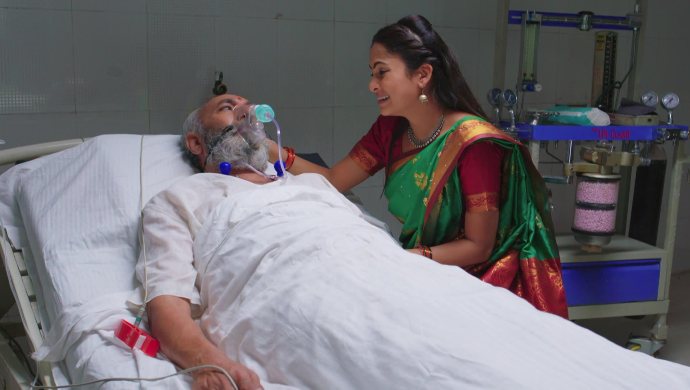 Earlier in No. 1 Kodalu, the groom finds his way to Sarsu’s house and gets a sarcastic welcome by Madhu. During the pellichoopulu, he steps out to talk to Sarsu privately and finds out about her affection for Rahul. The lawyer interrupts their conversation to tell Sarsu that Peddayyina had fainted and they get him to the hospital. Kanchaiyini and Vagdevi follow Arunbabu to find an unknown woman in the same house.

In the latest episode, Sarsu agrees to give her fingerprints when the nurse asks for someone from the family. The doctor tells Sarsu that Peddayyinna does not have a lot of time on hand. Sarsu rushes to call Rahul, but he does not answer the calls. So, she asks the lawyer to call Teja. Vagdevi, who was scolding Teja about the pending work, gets annoyed when Teja ends up talking on a phone call.

Sarsu gets tensed when Teja hangs up on her. She goes back to Peddayyina’s room and talks to him. She begs him to come back to them and wait for the moment when the whole of her family will visit him. This brings a small movement in Peddayyina. After treating him, the doctors tell Sarsu that he is only responding to words, not medicines. That’s when Sarsu calls Teja again and asks him to follow her instructions.

In a few moments, Teja keeps his phone in the pocket and falls down with a loud thud. Arunbabu, Vagdevi and everyone else gathers near him to wake him up. Sarsu holds the phone’s screen to close to Peddayyinna so that he could see them on the screen. Once Peddayyinna opens his eye, Sarsu hangs up the call and Teja sits up. Peddayyina talks to Sarsu and Rahul arrives at the hospital. Sarsu hugs him and cries, before scolding him for not being around.

When Sarsu asks him to go and meet Peddayyina, Rahul calls him and scolds him for not being accessible despite the ease of communication. Teja tells Rahul that Sarsu saved their grandfather with her intelligence and they really owe a lot to her. Rahul asks Sarsu what she had done, and Sarsu wonders if he was talking about the hug.

Birthday Special: 10 Quotes From Raashi Khanna That Prove She Is The Boss Babe…

No 1 Kodalu 14 March 2020 Preview: The Groom Asks For Sarsu's Decision