In this episode of No 1 Kodalu, Kanchayini takes Vagdevi along to follow Arunbabu, and they see him with an unknown woman. Read the full update here. 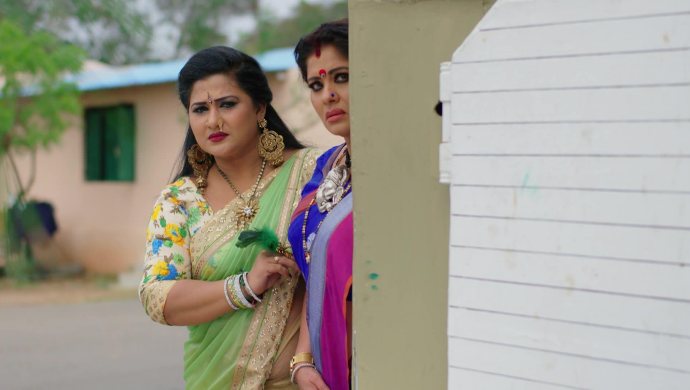 Earlier in No. 1 Kodalu, Sarsu recalls her moments with Rahul and wonders why she was thinking of him at such a time. She also wonders if she was scared or nervous about the wedding. Rahul comes to see her and feels surprised, looking at her in a saree. He tells her to take care of Peddayyina since he was heading to Mumbai. Vagdevi agrees to Kanchayini’s proposal to get Maggie and Rahul married.

In the latest episode, Nagamani comes to Sarsu when she feeds Chinni and tells her to have a smile on her face when the groom’s family comes to see her. In a few minutes, the boy finds his way to Nagamani’s house and is interrupted by Madhu, who talks to him condescendingly. Kanchayini takes Vagdevi along with her to follow Arunbabu’s car to the house that she showed her the other day.

They see him go inside and then come outside after some time. Once Arunbabu exists the gate, the ladies go in and see another woman. They ask about Arunbabu and her identity. But she refuses to reveal any details. Kanchayini becomes aggressive and Vagdevi stops her. Vagdevi apologises for stepping into the wrong house and leaves. Peddayyina tries to reach for a glass of water and ends up fainting due to a heart stroke.

The lawyer sees this and goes to call for help. The groom asks for some space to talk to Sarsu, alone. They stand by the well and he asks if she is interested in this marriage. Sarsu’s silence encourages him to ask if she has someone else in mind. That’s when she starts talking about Rahul and has a wide grin on her face. But soon, the lawyer comes and tells her about Peddayyina’s condition. They rush towards him and take him to the hospital, where Sarsu addresses herself as family.

Fashion Friday: TV Heartthrob Akarsh Byramudi Has The Perfect Outfit For Every Occasion