In this episode of No 1 Kodalu, Sarsu finds a picture of her parents and shows them to Chinni, who had never seen them. Read the full update here. 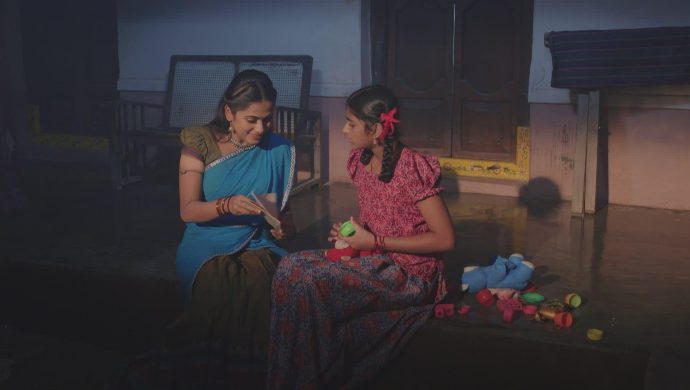 Earlier in No. 1 Kodalu, Peddayyina stops Sundaram when he tries to enter Sarsu’s house. Sarsu defends her uncle by stating that he has no idea of whatever happened. That’s when Sarsu tells everyone about the reason behind her visit to Vagdevi’s house and explains everything that followed. When Rahul asks her about the changed behaviour. She tells him that Nagamani kicked her out because she mistook her relationship with Rahul. Vagdevi asks Navya to join new grooming class.

In today’s episode, Peddayyina takes a leave from Sarsu, along with Rahul and Teja. He asks Sarsu once again when she plans on visiting him. But Sarsu stays silent, and assures that she will visit him the day she wants to. Rahul gets annoyed by the attention that Sarsu gets from his grandfather. Teja asks him to concentrate on the fields and not the affection. Inside Vagdevi’s house, Navya rants about not wanting to join grooming classes to Vanaja and Maggie. Vanaja tells her to do it, so that she could learn how to be like her. Vanaja also credits her trip to the US that helped her in grooming herself.

Sundaram asks Sarsu’s come home with him, but she tells him that Chinni likes it better in their new house. Madhu, too, tells her father to let the girl be happy in their own house. Sundaram gets annoyed by his son and explains that Sarsu wouldn’t be happy without the only family that she has. On the other hand, Navya takes a clue from Vanaja and drags her to Vagdevi. She tells her mother that she would rather take lessons from Vanaja instead of attending any grooming classes. Vagdevi scolds Navya for trying to find excuses, and says there is no match to a professional course.

Sarsu calls Chinni to stop playing and go to bed, but Chinni insists on playing. Finally, Sarsu manages to put her to bed moments before she finds an old picture of her parents. She introduces her parents to Chinni through the picture and says that one day their father might return, but their mother cannot. Sarsu also narrates the story of how she and her father ran around the house trying to play their mother. As Sarsu continues to talk, Chinni falls asleep.