In this episode of No 1 Kodalu, when Kanchayini proposes marrying Maggie to Rahul, Vagdevi agrees to it. Read the full update here. 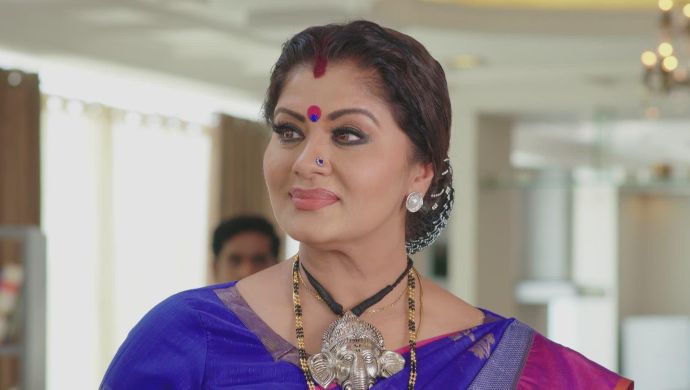 Earlier in No. 1 Kodalu, Sarsu agrees to go to Nagamani’s house against Peddayyina and Rahul’s words and Chinni’s endless requests. Madhu asks Sarsu about her stupid decision when Nagamani comes in and gives a new saree to the latter. Apart from fixing the saree and giving her necklace to Sarsu, Nagamani announces that she has found a perfect match for her. Sarsu starts remembering her moments with Rahul and wonders why she was thinking of him.

In the latest episode, Sarsu remembers the time she was grinding henna leaves and Rahul mistook it for pickle. Sarsu questions what she was feeling and thinks if it is fear or nervousness. She also questions the reason she keeps visiting Rahul’s memories. That’s when he shows up at their doorstep and asks Nagamani about Sarsu. Rahul looks surprised when he sees Sarsu standing in a saree. He taunts Nagamani and asks if everything was well. Sarsu aches to ask him for help.

Sarsu wonders how she could tell him to save her from this wedding. Rahul tells her that Peddayyina has decided to stay in her house, instead of going back home. He also informs that he has to visit Mumbai for a meeting, and asks her to keep a check on Peddayyina. Kanchayini tells her daughters to compliment Vagdevi as she walks towards them. Vagdevi asks them to come to the point and Kanchayini talks about marrying Maggie to Rahul, and she agrees to do it.

Rahul leaves the village and meets the photographer on the way. He sees a picture of him, Sarsu, Chinni and Peddayyina framed well. Rahul compliments it and asks the photographer to hand it over to his grandfather. As they talk, the man who is supposed to marry Sarsu comes to the village. He asks people for Sarsu’s address but only gets abused for his attitude.

After Rahul leaves, the man takes the picture from the photographer and wonders how well his life would be if he married someone like Sarsu. He starts kissing the image and Rahul sees this. Rahul goes up to him and starts slapping him for such cheap behaviour.