In this episode of No 1 Kodalu, Rahul reminisces on his childhood memories in Sarsu's house. Read the full update here 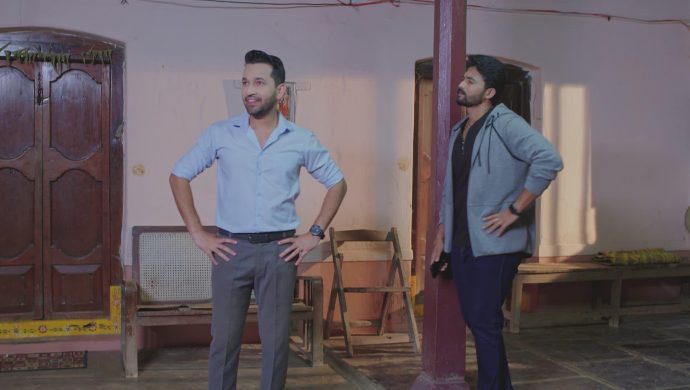 In the previous episode of No. 1 Kodalu, Vagdevi scolds the warden when he reveals that he paid commission to the administrator his commission. She fires the administrator and tells Vanaja look after the school. Prabha informs Nagamani about Sarsu’s new abode. Teja assures that Rahul will not have to deal with the crowd and Sarsu’s tantrums for long. But in the time being, he must deal with everything with a smile on his face, for their grandfather and for his project. The next day, when Rahul and Teja wait for the grandfather to have lunch, Peddayyina comes and tells them the lunch will be served at Sarsu’s house.

In today’s episode, Peddayyina comes to Sarsu’s house and asks her to serve lunch. Sarsu asks them to step inside but hesitates about Rahul and Teja’s food choices. Teja keeps looking around the house and reminisces his memories. Rahul asks what he was doing, and harshly exclaims that he has no space in his brain to keep unnecessary memories. Chinni entertains the guests while Sarsu cooks a meal. Vagdevi goes to meet Ekamabaram and scolds him for being beaten up by a few villagers. Despite all of Ekambaram’s efforts, he is left with no promotion or sympathy.

Sundaram and Madhu return from the town, after attending a relative’s wedding. On their way back home, two local villagers call Sundaram to be his wife’s pet, since he has no say in the matters relating to their house. Madhu hears this and tries to give them a crisp answer, but Sundaram stops him. They go closer to the villagers and ask them about the matter. That’s when they find out about Sarsu and Chinni’s situation. The men rush home, and Sundaram slaps Nagamani for being so evil. She defends herself by questioning Sarsu’s character. But Sundaram decides that he will keep his sister’s daughter safe, just like he promised to do.

No 1 Kodalu 11 February 2020 Preview: Sundaram Goes To Bring Her Back