In this episode of No 1 Kodalu, Rahul releases the mangalasutram that Sarsu had kept for a mortgage for Chinni's function. Read the full update here. 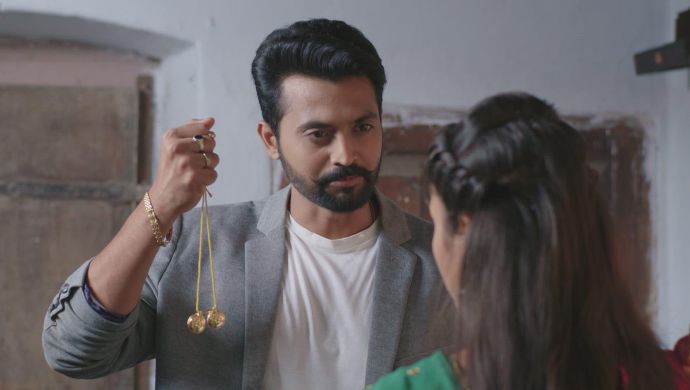 Earlier in No. 1 Kodalu, Shyamala, Navya, Harsha and the other are happy with the Pellichoopulu. They decide to take the matters ahead. When the master calls Vagdevi to invite her, with her family, Vagdevi agrees to be present at the opening. Vagdevi had been feeling happy the entire day, seeing Arunbabu’s changed behaviour, but it all crashes down at the dinner table when he reveals that he had been acting all along.

In the latest episode, the preparations begin for Chinni’s function, and they start with the mangalasnanam. The priest comes home by the time Sarsu gets done with getting Chinni ready for the pooja. Sarsu starts worrying because Nagamani was nowhere to be seen. Sometime later, she understands that they will not show up at her house. Rahul asks the priest why Sarsu couldn’t sit for the pooja herself since she is the closest to Chinni. The priest tells Rahul that they need a married couple.

Rahul finds Sarsu and drags her into the storeroom. He locks the door and comes closer to her with a mangalasutram. When Sarsu starts panicking and asks him to stop, Rahul steps back and starts laughing. He tells her that the mangalasutram in his hand is the same one that Sarsu used to mortgage money for Chinni’s function. He also scolds her for not asking them for help. Rahul reaffirms that he will always be there for Sarsu and leaves the room.

Teja hears his mother-in-law and wonders why she had come. Vanaja and Maggie welcome her, and also inform that Navya is soon to be a bride. To massage Vagdevi’s ego, Kanchayini says that Shyamala must have come herself asking to turn their friendship into a relationship. Vagdevi greets her and that’s when Harsha comes in. Kanchaiyini asks about Harsha’s plans in life, to which Harsha confirms that he will do whatever his mother would wish for.

Women’s Day Special: 6 Inspirational Female Characters You Should Look Out…