In this episode of No 1 Kodalu, Sarsu calls Shyamala again and asks her to invite Vagdevi for the opening of a school. Read the full update here. 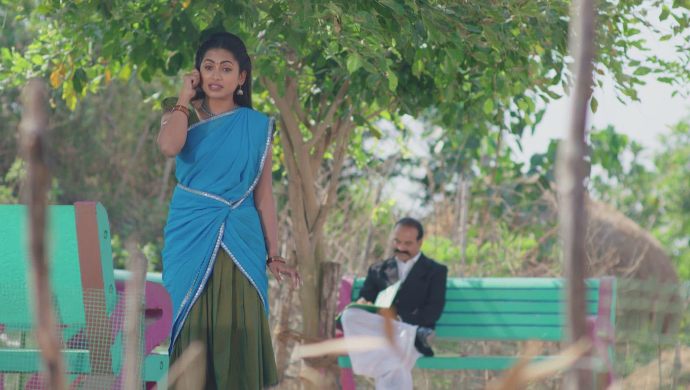 Earlier in No. 1 Kodalu, Peddayyina returns to Sarsu’s house and brings gifts for Chinni. He also tells Sarsu that he will make this function grand since he could not do it for Navya. Vagdevi taunts Navya for her failure even on the day of her Pellichoopulu. Arunbabu and Navya get emotional after exchanging glances and hear another sly comment from Vagdevi. Ekambaram stops Shyamala’s PA from coming inside the house, but Arunbabu says that they are the guests.

In the upcoming episode, Sarsu goes to Peddayyina’s lawyer and asks for his phone to make a call to Shyamala, when she does not see Rahul around. She tells Shyamala about the master who wants to open a school of his own in their village. This master happens to be Vadevi’s school teacher and Sarsu suggests that she should come for the inauguration. Shyamala tells Sarsu that it is better for the master to invite Vagdevi personally.

Shyamala’s PA comes inside the house and asks her men to check the house. Teja, Ekambaram and Arunbabu are taken aback by this behaviour. Vagdevi, surprisingly, asks them to carry out the formalities. But she also asks if Shyamala has too many enemies and if all the employees and securities are given to her by the government. Condescendingly, she also calls Shyamala’s henchmen to be dogs.

Sarsu goes to Nagamani’s house and sees Prabha. She invites them to her house for Chinni’s function. But Prabha continues to talk rudely to her. Sundaram calls at that moment because he had left his phone at home. Prabha refuses to handover the phone to Sarsu when she tries to talk to him. Their fight ends up in the phone falling in the water. Nagamani comes home and screams at Sarsu once again. So, Sarsu leaves and works alone.