Brahmini took decisions in haste. Her hate for Mrudula brought her close to downfall. But Mrudula saved her. Read what happened over the week here. 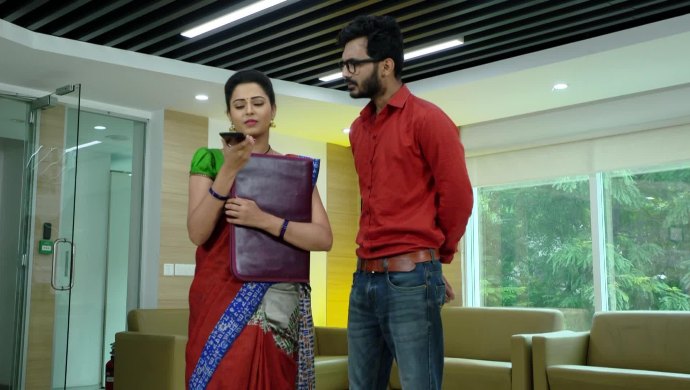 The last week in the Telugu TV show Ninne Pelladatha witnessed a rough ride for its leading character Mrudula (played by Madhubala). From troubles with her sister to those with her father and then her mother-in-law Brahmini, her list of problems are endless. Let’s revisit all that went down with the Kamineni family in the last week. Read on to know what happened in the week that was starting July 1.

First, Brahmini cuts all ties with her biggest associates only because Mrudula became the CEO of that firm. But Mrudula uses her contacts and saves Brahmini’s company from becoming bankrupt.

While already in trouble, Sarayu (played by Sararyu Roy) calls up the other investors and warns them to withdraw their shares from Brahmini’s company. She lies about how Brahmini is planning to flee with their money. However, she does not reveal her identity.

Just as Sarayu wanted, all the investors land up at Brahmini’s residence within a few hours and demand for their share of money immediately. Brahmini tries to buy some time but her efforts go in vain.

With one phone call, Brahmini’s troubles are sorted. She thanks Mansi for helping her out of the mess, because a new investor who also happens to be Mansi’s contact has decided to bail Brahmini out.

While the atta-kodalu are reeling in joy, Sarayu calls up Mansi to inform that Mrudula has saved the company and has asked her investor to take Mansi’s name. Sarayu tells Mansi that Mrudula has made a whole plan to take the two of them down.

The next day, Mrudula sees Mansi cut the name of her husband-to-be on her wedding card and writes Madhu’s name instead. She tries to tell Mansi that what she was doing and thinking was wrong. But Mansi is adamant on her changing her dreams to reality.

That night, Veeraswamy comes to the Kamineni house in a drunken state along with some insurance papers. He demands Vasanta sign the papers so that he can live with the insurance money. Mrudula is about to slap him but stops and asks him to leave.

The next day, Mrudula and Mansi seem to have reconciled and Mrudula starts applying henna on Mansi for the wedding. Mansi asks her to write the letter “M” twice on her hand and then tells Mrudula that it stands for Mansi-Madhu.

Later at night, Mrudula comes home with Veeraswamy in a driver’s outfit and introduces the changed man. He tells them that Madhu saved his life and is responsible for the change.

Watch what happens next here. For more, watch Kalyana Vaibhogam on ZEE5.

Watch The Twisted Tale Of Hasvanth And His Secret Life In The ZEE5 Original N.E.R.D, Streaming Now