During the last week, Madhu shares his thoughts about Mrudula, even as she sits next to him, disguised as Sampangi. Read the full update here. 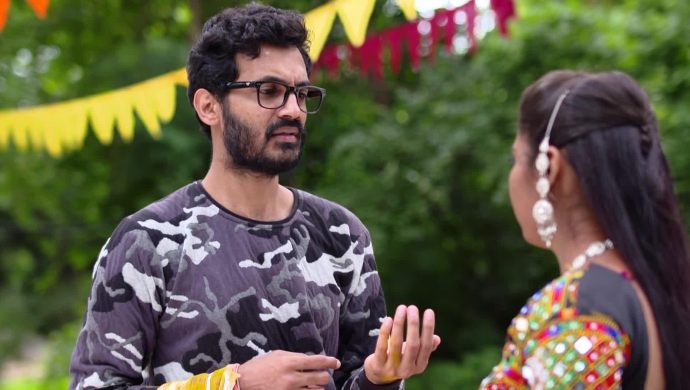 Previously in the Telugu serial Ninne Pelladatha, Gaurav offers to marry Mansi (played by Sree Priya) and become Arjun’s son-in-law. Mansi agrees to get married on the condition that Mrudula (played by Madhubala) leaves Madhu (played by Abhi Prathap) and everyone else behind. After the wedding, Mrudula does as she had promised. No one finds out that she is missing. The next day, Sarayu (played by Sarayu Roy) sees Tanaya and Tarun in each other’s arms and decides to create a scene. Madhu, who had left the house, meets with an accident and Mrudula saves him. Here’s what happened in the week, from August 5 to August 9.

Gaurav and Mansi are stuck in the same room after their wedding. Gaurav suggests that Mansi wear something but she wears something else. She tries to tease him, but he tells her that his trick worked.

Brahmini tells Mansi to keep everything aside and start a new life together with Gaurav. He thanks her for the advice and tells Brahmini that she must tell the same to Tarun and Tanaya and also to Madhu and Mrudula.

The next morning, Madhu steps out of the forest hut for some air and meets Sampangi and Jabilli outside. The younger one suggests Sampangi pour the medication on Madhu’s hand as they speak about his wife and the solo trip he was on.

Madhu tells that he is upset because his wife had too much ego. Mrudula, who is disguised as Sampangi, is hurt and she playfully causes a little pain to his arm. That’s when Madhu says ‘at least my Mrudula is better than you’.

On the other hand, Sarayu, her friend and the goons who spotted Mrudula last, return to the forest to look for her. Jabilli dashes into Sarayu and the latter slaps her across the face.

Jabilli tries to argue, but Sarayu goes in for another hit when she is stopped by Sampangi. She holds Sarayu and kicks the men who try to come close to her. And finally, Sampangi dusts the allergic tree’s bark upon Sarayu and her clan.

The girls walk back home and see that Jabilli’s mother was on her way out to foretell people’s future. Jabilli insists that she start the day with Madhu’s fortune-telling.

The lady sits down next to him and asks for his palm. With one glance, she tells him that he hails from a palace of glass and is raised by two loving parents. He is also blessed with a wife like Seeta.

Sampangi pokes fun at him by asking the fortune teller to reconsider her statements since Madhu does not like his wife. Madhu tries to change the topic and asks for Sampangi’s fortune-telling. The lady tells her that Madhu is the man who has come for her. They all dismiss it as a joke.

At night, Sampangi goes to feed dinner to Madhu and the two talk about Sampangi’s love life. She asks him to write a love letter to her man on her behalf, and Madhu agrees.

The next morning, Madhu saves Sampangi from stepping on thorns as he prepares to leave. Finally, as he leaves, Sampangi goes and hugs him tightly. The men of the village slap her and ask her to go away for committing such a crime, and Madhu decides to take her home.

Stay tuned to know what happens next when Madhu takes Mrudula away to his house. For more entertainment, watch all episodes of Kalyana Vaibhogam on ZEE5.