Last week in Ninne Pelladatha, Mrudula lost control over the land given to her by Brahmini, because of Krishna Prasad. Read the full update here 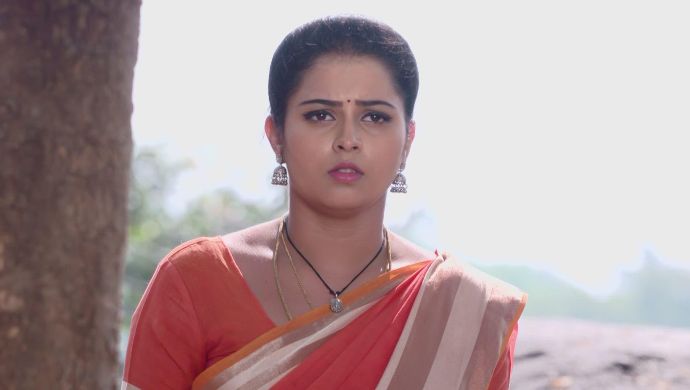 In the week before the last in Ninne Pelladatha, Mrudula gets slapped by Kanakam, when she tries to chase Krishna Prasad. Brahmini sees this and tries to give the lady who slapped her daughter-in-law a befitting answer. However, Kanakam was gone by then. The next day, Brahmini calls Madhu and Mrudula to her office, and hands over the project papers – which states that Mrudula will be leading, as the CEO, and Madhu will be the Manager.

Kanakam and Mali demand the 3 acres of land, registered for Mrudula’s new company, to be transferred to them. When Krishna Prasad tries to explain that he cannot take such a huge risk, Kanakam threatens to kill herself.

Later, Krishna Prasad gives in to the pressure and finds a way to transfer the possession of the land. Mali thanks Kanakam for taking such good care of her. However, Kanakam has planned something else. She waits for a moment when she can snatch it back from her.

On the same day,  Brahmini decides to visit the site and take care of the small things that will be required for the Bhoomi-Poojan. Upon reaching, Mrudula steps aside and sees Krishna Prasad with Kanakam and Mali. She decides to confront him but holds herself back for the right opportunity.

Later that night, Mrudula takes Krishna Prasad to the roof, and asks him about his intentions behind betraying Brahmini. She adds that she can bear anything in the world, but not tears in Brahmini’s eyes. Krishna Prasad tries to explain and tells her the entire story.

Madhu comes close to the roof, when his father tells Mrudula that he has been dying every moment of every day – because he is unable to confess the truth to Brahmini and is in a situation where he cannot leave Kanakam.

Brahmini calls Arjun Prasad and Bharati to suggest celebrating Madhu-Mrudula’s wedding day, extravagantly. They decide to make it as big as possible, but that’s when Bharati realises that they do not have any money to spend.

Bharati takes a moment and takes the gold bangles off her hands. She gives them to her husband and asks him to sell them in the adjacent town, where nobody knows them. But Arjun gives her hope that they can get back to living the life they used to because he still has the knowledge that’s worth more than anything.

The next day, Brahmini asks everyone to meet her in the living area. When they gather, Brahmini announces that they have to go for the Bhoomi-Poojan. But this news is shocking to Krishna Prasad, and Mrudula tries to delay the pooja, to save Krishna Prasad.

Birthday Special: 8 Songs By The Legendary Musician AR Rahman That Are Timeless Classics