Last week in Ninne Pelladatha, Kanakam shares her plan with an unknown man and reveals the details of it. Read the full update here 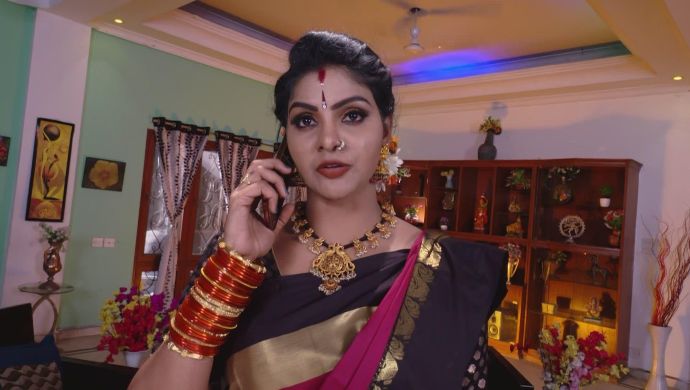 In the week before the last in Ninne Pelladatha, everyone celebrates Sankranthi at Arjun Prasad and Bharati’s village house. Kanakam meets Mali and tells her that they needn’t worry about anything, as she drags her to Arjun’s house. There, she claims her right on the property which Brahmini saved for Mrudula’s new project. However, Brahmini scolds them and asks them to leave. That night, Kanakam’s men try to light up Mrudula’s saree veil on fire. But she is saved by everyone else in house. Later, Madhu forces Mrudula to tag along, as he visits Kanakam and Mali, to hand over the property papers to them.

Brahmini feels enraged by Madhu’s gesture towards Kanakam and Mali. She scolds everyone in the house, and takes away all the responsibilities and authorities from Krishna Prasad.

That night, Krishna Prasad tells Madhu that his marriage with Kanakam was a forceful act imposed on him. Madhu questions his intentions for giving into the situation so easily.

Kanakam talks to an unknown man on the phone and tells him not to worry. She explains how she has managed to influence Madhu to give her the property. Kanakam also tells this man that she will not stop with one property and will make sure that she gets half of Krishna Prasad’s property.

A stranger, dressed as a postman, hands over an envelope to Mrudula and leaves. She opens it to find Krishna Prasad and Kanakam’s wedding photographs. She tries to gather the scattered photographs before anyone else could see them.

Kanakam goes to Brahmini’s office and sits in her chair. Kanakam tells them that she has come to talk with them, and drops subtle hints about her relationship with Krishna Prasad.

Krishna Prasad does not speak to Kanakam in the office, but meets her outside. He joins his hands in front of her and begs her to let him and his family be at peace. Bharati sees them together and wonders why Krishna Prasad would be talking to someone like Kanakam.

Mrudula joins their conversation and tells Kanakam to stop interrupting. When Mrudula stops, Kanakam asks Mrudula why she cannot understand her pain as a woman. She defends her acts by saying that she is trying to be the wife that she is supposed to be.

Mrudula and Madhu decide on meeting Mali’s fiance to understand Kanakam’s plan and act accordingly. The groom reveals that he is doing as instructed by Kanakam with regards to the property issue. He leaves and Madhu-Mrudula decide to help the couple elope.