Ninne Pelladatha Rewind: Things To Know Before A Closure On The Mysterious Honeymoon Trip

Let's take a look at all that happened before the mysterious honeymoon, in Ninne Pelladatha, before the show resumes on June 1st again. 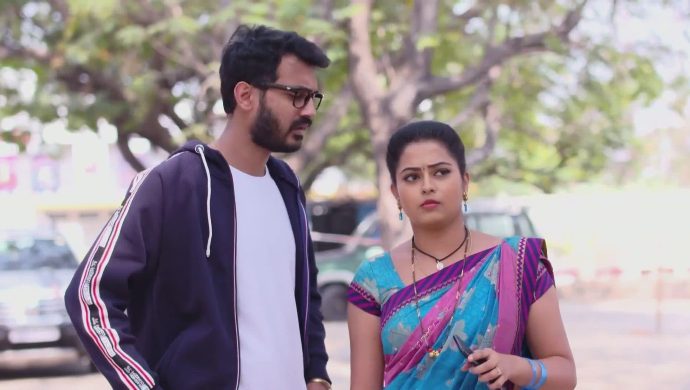 After two long months of living with the mystery of what happened in Ooty, Ninne Pelladatha will be back on June 1st. The show, which revolves around two young couples, is currently at an interesting intersection of the drama and thriller. Before you continue watching the show, here’s a mini-recap that will help you stay connected without a glitch.

Kanamkam loses in a bet that she places upon Mrudula and her family. This requires her to leave the house without uttering a single word. However, she tries to claim her place in the house again.

When Mrudula wonders how to get rid of her, Madhu assures that Kanakam did a good job by not leaving the house. This allows them for more time to prove their father’s innocence.

Through certain bank transactions and tracing phone numbers, Madhu and Mrudula get hold of a person who was receiving money from Kanakam. They bring him home and make him reveal the truth. That’s when he admits that Kanakam is his wife and they had been playing along to get the money.

Hearing the truth about Kanakam and her cheap tricks, Brahmini accepts her husband again. Krishna Prasad, too, feels happy to be united with his wife. While they kick Kanakam and her husband out, they offer Malli to stay back since she has no guardian.

The family decides to get Malli married to the man she loves. Kanakam tries to obstruct again, but everyone sends her away with a crisp answer.

Post that, Mrudula and Madhu surprise Arjun and Bharati by offering new clothes and asking them to dress up for a pooja. But they bring them back to their own house instead, which was captured by Kanakam earlier.

Everything settles down, and Brahmini decided to set up a few fun games for Madhu-Mrudula and Gaurav-Mansi, after a Shanti Pooja. Kanakam walks in again and threatens to take them down. Brahmini asks everyone to stay calm and decides to take things into her own hands.

Brahmini sends the young couples away for a short honeymoon trip, to Ooty. As they enter the hilly area, the youngsters try to hear the echo of their voices. However, only Madhu’s “Hello” is responded by another woman.

At night, Madhu tries to get closer to his wife. But they are constantly disturbed by knocking on the door. Initially, they assume it is Gaurav, but there is no clue of who had been doing it.

The next day, Madhu wins a bet with Gaurav and asks him to buy them anything worth Rs. 500. Gaurav finds a vintage watch and gives it to Madhu. But Mrudula sees Madhu’s photo in it with a stained picture of another girl. Gaurav admits that he had no clue about it.

The same night, the couples play close the bonfire, when suddenly Mrudula faints. Everyone helps her in gaining consciousness and Mrudula explains that the fire came too close to her face and she felt like someone pushed her. However, there was no one around to do it.

The next morning, Mrudula is elated to see her and Brahmini’s photo in the newspaper. She shares the news with Madhu and they enjoy a moment of running through the coffee estates. But suddenly, a snake bites her.

At the same time, Kanakam calls Brahmini and refers to Krishna Prasad as their ‘shared husband’. Brahmini tries to ignore her but Kanakam promises that she will not let there be an heir or heiress to the family. And that’s why she has an eye on Madhu and Mrudula too.

Watch all the episodes of Ninne Pelladatha on ZEE5 and read about the show here.

Fashion Friday: Keerthy Suresh Is Making All Things Amazing In White This Summer…

Kalyana Vaibhogam Rewind: Catch Up To Speed With Manga And Nithya Before You…

Lockdown Talks With Ravi Highlights: Meghna Lokesh, Tulasi Yerra And All The Fun…

Birthday Special: 10 Pictures Of R Madhavan That Will Bring True Joy Amidst The Lockdown