In the latest episode, Madhu and Mrudula find a moment to talk to each other. But the outcome is not what you would expect. Read here to know more 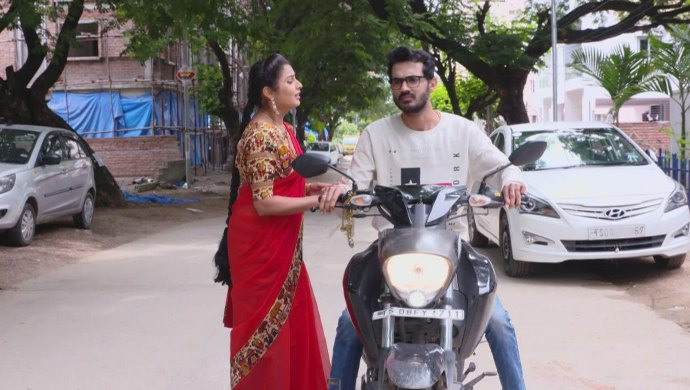 In the ZEE Telugu show Ninne Pelladatha, Madhu and Mrudula haven’t a seen happiness together. In fact, it has been a long time since they even saw each other. But we all know that Mrudula isn’t the one to leave her husband and her family alone. She kept the promise given to Mansi, to stay away from them all. However, fate had other plans and Mrudula became everybody’s beloved Sampangi. Finally, all thanks to Prajwala, the day came when Mrudula could come out as herself.

Recently, Prajwala found out about Mrudula’s disguise and used this fact to have fun with the lives of many people. She used Sarayu’s friend to spread false news about clashes between Mrudula and Brahmini, directly affecting their businesses. The next day, the news reporters came rushing to Brahmini’s house to seek justice for the hapless Mrudula. As the world pointed fingers at Brahmini, Mrudula came as a surprise and shut the rumour mill. Of course, this did not help her situation with Brahmini.

All of Mrudula’s hopes were clinging on to Madhu, her husband and one true love. She found him outside and grabbed the moment to talk. But all that Madhu had to say was, “Leave right now. It’s best for us all. Focus on your ambitions and your career.” As tears streamed down their eyes and as Mrudula held on Madhu for saving their marriage, Madhu said, “I’ll always be there for you as your well-wisher. That’s all.” He zoomed off on his bike leaving Mrudula to drown in her sorrows once again.

Is there a happy ending to this couple at all? Stay tuned for more episodes and latest stories on your favourite show. Find more entertainment as you watch Kalyana Vaibhogam on ZEE5.

Muddha Mandaram 18 September 2019 Preview: Abhi And Surya Are Caught By The Cops

Kalyana Vaibhogam: What Will Swaroopa Do To Bring Nithya Out Of The Suryadevara House?