Ninne Pelladatha Brought Me Fame I Never Got All These Years, Says Sheela Singh

The senior actor, who plays the role of Mrudula's mother Bharati, talks about her struggle and tasting success with the show. Read on for details. 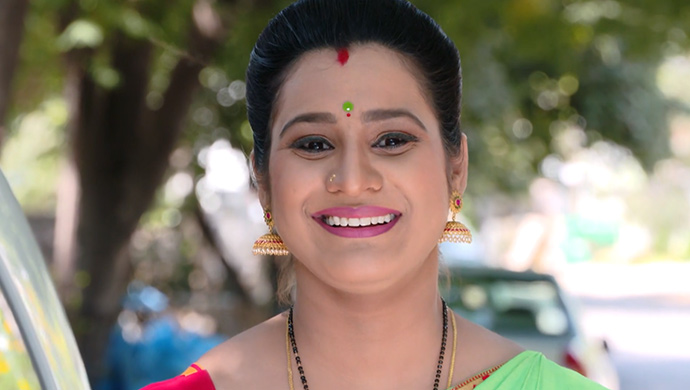 The popular Telugu TV show Ninne Pelladatha has gained massive success. The actors associated with the show, too, have become celebrities in their own right. Its lead actors, Prathap, Bhoomi Shetty and Sree Priya play the roles of Madhu, Mrudula and Mansi, respectively. Their popularity is obvious. But the supporting actors of the show have become equally popular too and one them is senior actor Sheela Singh who plays the role of Bharati, Mrudula’s mother.

The actor started doing TV serials at the age of 16 and took a break for sometime when people said she had no idea what acting meant. Disheartened, she decided to complete her education instead. But as they say, opportunities come knocking at your door. That’s what happened to Sheela. During her break, she worked in many short films and earned a name in the industry. And that’s how she made a bangin’ re-entry on the small screen.

The next few shows that she was associated with gave her the tag of a good actor and people finally knew that there was someone called Sheela Singh in the industry. But a new chapter was about to begin when she signed the dotted line for Ninne Pelladatha. Sheela confessed that she was sceptical about the role and thought of Bharati as a mere nobody. As the show progressed, Sheela understood the gravity of her role and finally started to believe in herself, her craft and her role.

The one thing Sheela felt sad about, was the fact that in her over a decade-long career, all she got was some recognition. But with Ninne Pelladatha, she tasted success like never before. She received not one but two awards for playing the role of Bharati. And now, Sheela is riding high on the success of her role and Ninne Pelladatha.

Like Ninne Pelladatha? Then check out Maate Mantramu, a story of unrequited love, on ZEE5.

ZEE5 Original Series B. Tech, Filled With Nostalgia And Hilarious College Life, Should Be Your Weekend Watch

Chandrika Spills The Truth About Nithya's Death. What Happens Next?