Despite all that has happened already, she has started weaving yet another evil plan to ensure Mrudula does not stay happy. 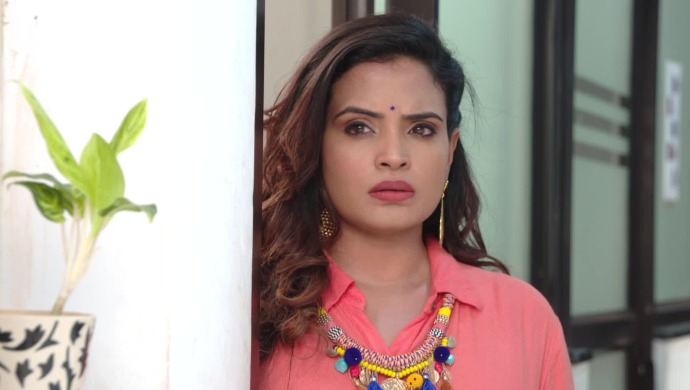 In the Telugu serial Ninne Pelladatha, Mrudula (played by Madhubala) almost came back from the dead. Looking at her walk and talk just like before was no less than a festival. We have all been overwhelmed to see Mrudula and Madhu’s (played by Abhi Prathap) love succeed once again. Ever since she returned, from the deadly car accident, we have all noticed Madhu’s changed behaviour. Instead of trying to inch closer to Mrudula, he is now walking away, and looking for excuses to not talk or be around her. Here’s what happens in the next episode of the Telugu TV show.

As seen in the episode that was aired on May 30, 2019, Madhu heads to the hospital with Mrudula to collect reports that confirm Mrudula’s pregnancy. Prior to this, Sarayu (played by Sarayu Roy) had overheard the conversation between Madhu and Mrudula’s father, where he had told Madhu to keep the news a secret. Now, in the preview for the episode airing on May 31, 2019, we see that Sarayu has successfully entered the hospital and is trying to eavesdrop on the conversation between Madhu and the nurse. She takes a step back and wonders exactly why is Madhu unhappy to learn about his wife’s pregnancy.

But she also remembers that Mrudula herself had taken an oath to maintain distance between her and her husband, to Brahmini for the sake of Mansi’s happiness. Just like us, Sarayu also thinks whether Mrudula has broken her, promise or whether the reports are doctored. Considering the confidence of the doctors and the nurses, it is hard to believe that the reports could possibly be wrong. Sarayu tells herself that the news itself is enough to play with Mrudula for some more time. That means Sarayu has started weaving yet another dirty plan to keep Mrudula unhappy.

Until we know of her next plan, watch Maate Mantramu on ZEE5.

Shravani? Or Dharani? Which Attarintlo Akka Chellellu Character Do You Relate To The Most?

Maate Mantramu 31 May 2019 Preview: Vamsi Says 'I Love You' To Vasundhara