In the upcoming episode, Prajawal tortures Mrudula's assistant, Priya to reveal details about Mrudula. Read more about it here. 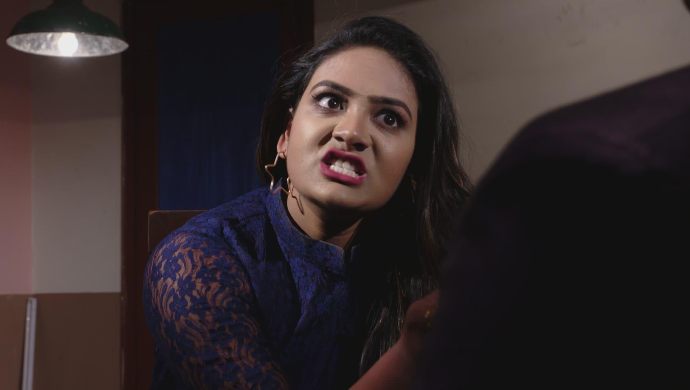 Sarayu’s anger and rage have been common high-points of her life, in the Telugu TV show Ninne Pelladatha. Because every time something disastrous happened, Sarayu took pride in being the catalyst behind it. As they say, Karma comes back and life comes to a full circle. After torturing innocent people and playing with innocent lives, Sarayu has found herself in a fix. All that she did to Mrudula seems to be coming back to her. Now, she lays in a hospital battling between life and death.

Watch the snippet from the upcoming episode here:

In the preview for the episode airing on 29 August 2019, we see Prajwala in a dimly lit room. In the same room, Sarayu’s friend named Ramya had tied Mrudula’s assistant, Priya, to a chair and taken away her phone. Prajwala makes entry and has a knife in her hand. First, she talks to Priya and asks her to reveal details about Mrudula’s whereabouts. Priya does not reveal a thing and consistently tells Prajwala that she does not know anything about her. Prajwala resorts to physical violence and slaps Priya, to a point where she bleeds. Yet, Priya tells Prajwala that she will not reveal anything even if she knew.

For the unversed, Prajawala has entered in Mrudula’s world only some time ago.  After being shot down, Sarayu was admitted in a hospital and the doctors announced that she could slip into a coma any moment. Before it was too late, Sarayu wrote a name on the paper and told her mother to call the person. And that person is Prajwala, who also happens to be Sarayu’s cousin. She, too, has come down to the city from the US, like Sarayu. Her anger and ways of thinking are as good as Sarayu’s. Will she be able to complete what Sarayu couldn’t? On another interesting note, the actor playing Prajwala happens to be Sunanda Mala Setti of Muddha Mandaram fame.

Birthday Special: 60 Facts About Greekveerudu Nagarjuna For You, On His 60th Birthday