Ninne Pelladatha 26 June 2019 Preview: Mrudula Is All Set To Teach Sarayu A Lesson

The tables have turned for the better. Now, Mrudula has started taking charge of situations she is facing and all that's to happen to her family. 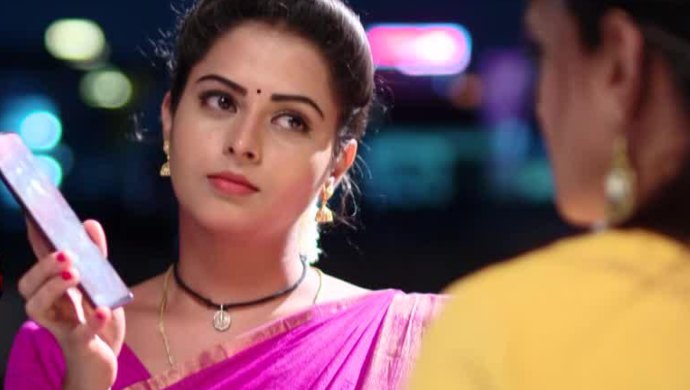 The days are changing. The season is changing. The attitude is changing. And our interest in the Telugu TV show Ninne Pelladatha? Well, it is escalating. If you are wondering what we’re talking about, hang in there. Let’s take this ride together. Lately, Mrudula (played by Madhubala) has been taking charge of what happens to her and how to deal with the regular nuisance in a never-before-done way. For the longest time, she had been the shy and silent girl who bore the brunt of everyone’s misdeeds and everything wrong without trying to defend herself. But looks like she has had enough. Mrudula is becoming a new and fierce person. And we definitely cannot wait to take in all the boss-lady vibes!

Watch what’s coming up next in the TV serial:

In the preview for the episode airing on June 26, 2019, we see that Mrudula and Sarayu (played by Sarayu Roy) are all alone on the terrace of the Kamineni bungalow. Sarayu seems to be tensed and wary for a reason unknown to us. Mrudula walks ahead of her and asks her why she looks so stressed. Mrudula’s powerful attitude irks Sarayu’s minute ego and she tries to slap her. But! but! but! Mrudula catches hold of Sarayu’s hand before it can touch her. Mrudula asks Sarayu to take a step back and reconsider how she will get rid of Mrudula and get her out of the house. But she asks her to take that decision only after listening to an audio note on her phone.

We’re not sure what the audio note is, or whose conversation it is. All we know is that Sarayu plays a major part in the said audio note. Sarayu being Sarayu, there are over a hundred deeds from the past that she should be scared of. Because, as they say, the past has a way of catching up. We believe this is a classic example of that. Stay tuned to know what happens next between them.

Natural Star Nani Brings Out The Tale of 99 In 100 Who Almost Make It, In Jersey. Now Available On ZEE5

In Maate Mantramu, Vamsi About To Marry Nakshatra In Three Days?