Madhu is convinced his wife is still alive. But it is his sister who gets proof of it. We can't wait to watch what will happen next. 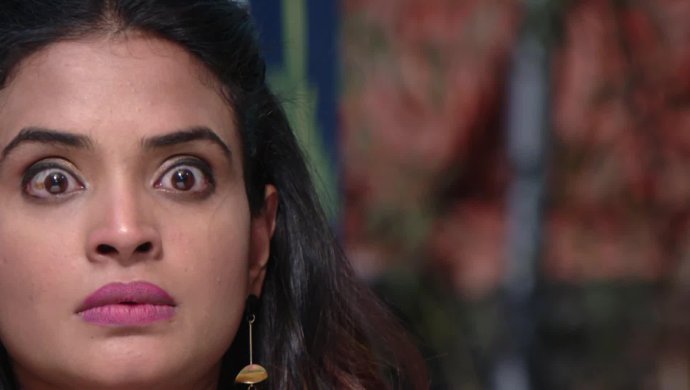 We have been witnessing major upheavals this week in the Telugu TV show Ninne Pelladatha. Sarayu’s attempt at killing Mrudula seems to have succeeded. Even though Madhu lit her pyre, he kept insisting that his wife Mrudula was somewhere out there, alive. Everyone in the family insisted that Madhu snap back to reality and accept that Mrudula is indeed dead. But he wouldn’t agree. A white pigeon that has been a sign of Madhu and Mrudula’s togetherness, returned to him. And this made him surer that his wife is alive, irrespective of what the world says. Sarayu took a call on Madhu’s phone, and the caller informed that she was calling from an ashramam and Mrudula is under their medical care. Here’s what happens next in the Telugu serial:

We see Sarayu freaking out on hearing this news. She calls her friend, who she had put in charge of burning the van with Mrudula and Veeraswamy in it. Without wasting a single moment, Sarayu blasts her friend for being careless about the whole situation. She calls her over and ends up slapping her. She calls the ashramam back and asks for their address in order to finish everything altogether before Madhu or anyone else from the family gets to know of it. The guruji of the ashramam informs the nurses that no visitor should be allowed to meet Mrudula without his permission. Sarayu arrives with her friend and is asked to meet Guruji. But the attendant takes them to another room to see someone who isn’t Mrudula. Sarayu’s friend tells her that it may be a mistake but Mrudula is dead.

Sarayu leaves the place but is sure that Mrudula is under their care. The next day, Sarayu and Mrudula see each other in the temple where a mrityunjaya pooja is about to take place. What will they do after seeing each other? Watch this space to know more.

Until then, check out Vamsi and Vasundhara’s love story in Maate Mantramu on ZEE5.

Kalyana Vaibhogam 24 May 2019 Preview: Nithya Is Stuck In Jai And Manga's Room