Ninne Pelladatha 20 May 2019 Preview: Sararyu Chases Madhu To The Hospital

Sarayu gets a hint that something is going on between Madhu and Mrudula's father with the whole pregnancy scenario. She's all set to find out what. 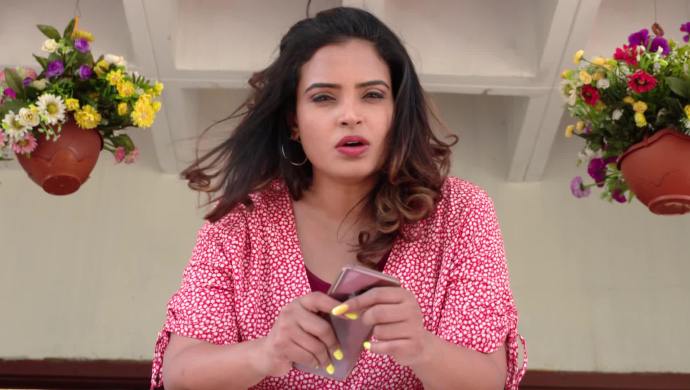 In the last episode of the Telugu TV show Ninne Pelladatha, Sarayu overheard the conversation between Madhu (played by Abhi Prathap) and his father-in-law. The two men decided to keep Mrudula’s (played by Madhubala) pregnancy a secret from her. It didn’t take long for Sarayu (played by Sarayu Roy) to figure out that something is wrong with the whole pregnancy situation. She asked why they are keeping this happy news under the wraps. That is when she decided to find out the truth behind their hush-hush talks. Here’s what happens in the next episode:

In the preview for May 30, 2019, we see that Sarayu takes an auto and waits for Madhu to enter the hospital. Once she sees him, she follows him. When Madhu speaks to the nurse, Sarayu carefully maintains a distance in a way where she can still listen to their conversation. Sarayu has nothing to benefit from Mrudula’s pregnancy. In such a case, why is Sarayu so eager to find out? In fact, when Mrudula was asked to spill the truth about Sarayu, she had saved her.

Since Mrudula returned home, everyone in the family has been overwhelming happy, except for Sarayu, Mansi and Brahmini, who had never been happy to see her. However, Madhu has been evidently distant and Mrudula can see the change in him. Despite her asking Madhu, he gives no answers. Will Madhu tell Mrudula that the reason for his changed behaviour is because of strange pregnancy news? How will Mrudula react when she learns about it? Most importantly, what would have caused a positive result in her pregnancy case?

It seems to us that just like most times, her pregnancy reports are also maligned by one of her enemies. The questions are many and the answers seem to be a long wait once again. Do you have any theories brewing like us? Let us know in the comments below.

Until then, check out Maate Mantramu on ZEE5.

Let's Celebrate! Abhi And Soundarya Are Falling For Each Other In Muddha Mandaram