Mrudula tried to keep things under wraps for a long time now. But finally, anger gets the better of Madhu and he tells everyone the truth. 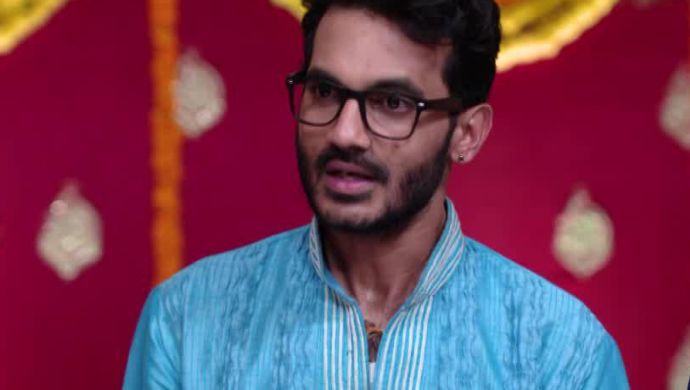 In the Telugu TV show, Ninne Pelladatha, we saw that one of the lead characters, Mrudula (played by Madhubala) came back from the dead. She was not treated well for a long time, thanks to her mother-in-law, Brahmini, who forged her pregnancy reports. This was another attempt by her to make everyone believe that Mrudula was of bad character. However, Mrudula managed to find out Brahmini’s evil plans and yet decided to do what it takes to keep everyone happy.

Watch what happens in the upcoming episode:

In the preview, we see that the stage for Mansi’s engagement has been set up. Everyone is excited that it is finally happening and impatient about getting over with the ceremony. That’s because dealing with Mansi has been getting tougher by the day. And this engagement will come as a relief for everyone in the Kamineni family. We see Mrudula being pushed and falling on the stage, in front of everyone. Her mother, Bharati, asks what was the purpose behind taking a phone call while a more important ceremony was going on.

Behind it is, as usual, Sarayu. She announces that the phone call is from the man who’s baby Mrudula has been carrying, while Madhu is standing right there. Angry and disgusted, he storms off from the stage without paying heed to anyone. He comes back and slaps a bunch of papers on Sarayu’s face. With rage, he announces that Mrudula has done no wrong. Madhu tells all the family members that those papers are proof that Mrudula was never pregnant. Mrudula tries to stop him, but in vain.

Madhu may have helped keep Mrudula’s image clean. But this has clearly obstructed Mrudula’s efforts and plans. Will everyone find out that Brahmini was behind the fake reports? Watch this space for more updates.

You can now watch the latest episodes of Muddha Mandaram on ZEE5, before TV.