Ninne Pelladatha 06 August 2019 Preview: Mrudula Is Playful With Madhu While Treating Him

In the upcoming episode, Mrudula disguises as a local Koyi person and helps Madhu get better. Read more about it here. 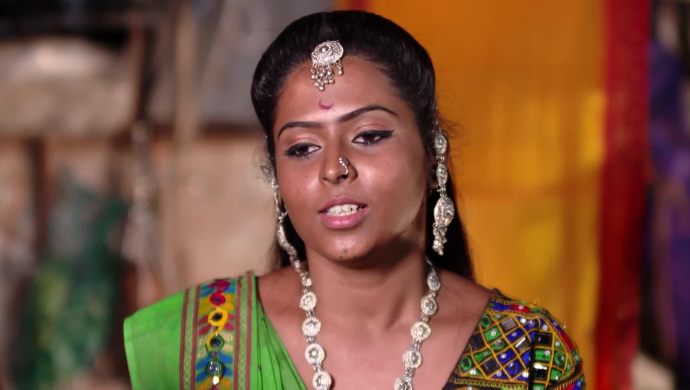 Previously in the Telugu TV show Ninne Pelladatha, Brahmini’s plan get Madhu (played by Abhi Prathap) to marry Mansi (played by Sree Priya) flopped. All thanks to Gaurav who made a last-minute entry and convinced everyone otherwise. He married Mansi but the real twist had taken place sometime before the wedding happened. Mrudula (played by Madhubala) announced that she would convince Mansi to marry Gaurav and she did it. But Mansi had one condition — Mrudula should never look back at or return to the Kamineni family and Madhu. But fate brought the loving husband and wife together once again, in a forest and through an accident.

Watch a snippet from the upcoming episode here:

In the preview for the episode airing on 06 August 2019, we see Mrudula disguised as a local person. With tanned skin, changed attire and a Koyi dialect, Mrudula sits next to Madhu’s bed as he rests. She prepares his medicines and once he wakes up, she even offers to help and goes ahead to remove the cloth on Madhu’s body. But the shy boy is frightened and refuses to let her touch him. He removes his cloth himself and extends his hand for the girl to pour the medicine. Madhu continues to stare at this girl who looks like his wife, unknown to the fact that she is Mrudula.

Mrudula pours the medicine all over his forearm, on the bandage. Then she starts pulling his fingers apart, one by one, as a part of his treatment. The pain starts increasing and Madhu starts yelling. He asks her to stop, but Mrudula seems to be enjoying putting her own husband through the pain. We wonder what the reason is. Is this yet another sarada (playfulness) between the husband and wife? Will this disguise and the treatment help in bringing them back together? Check it out in the latest episode here.

Guess What Murali Plans To Do Next In Maate Mantramu In Vamsi's Absence!