Not just visiting the Ghattammaneni family, but Neelambari has found her hands and eyes in the house through Bhavani. But things aren't the same 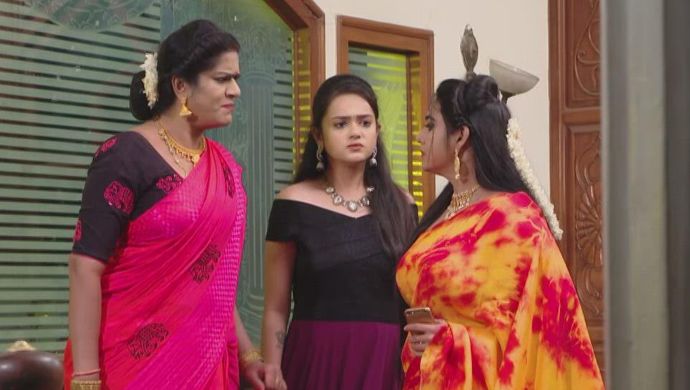 In the Zee Telugu show Muddha Mandaram, Neelambari made an unexpected and uncalled for entry once again. Years ago, Neelambari lost her heart to the charming and most eligible bachelor, Deva. But he found home and happiness in Parvathi, a maid. Their love thrived within them but failed to make others happy. Neelambari was the most affected – because she lost a conquest. There’s a reason why Neelambari went down the books of Telly world as the greatest small-screen vamp. You see, some acts of revenge are never complete.

After torturing Parvathi every day of her life and burning her to death, Neelambari’s rage hadn’t died. She disappeared from the sight but her impression wasn’t to be forgotten by anyone. While she wasn’t around, Neelambari continued to work towards ruining the lives of many innocent people, even children. As we mentioned earlier, Neelambari is the force behind Abhi’s hatred towards the Ghattammaneni family. Two decades ago, she manipulated Bhavani to get things done for her. Now, she wooed Bhavani to join hands with her and take down the Ghattammaneni empire.

This time around, things aren’t so easy – for anyone. Parvathi was naive and vulnerable. But Soundarya is viscous and street-smart. Like Neelambari, Soundarya too has fixed her target. While Neelambari works in the shadows and corners with Bhavani, Soundarya is trying to make the Ghattammaneni family her team and allies. After a long, long time, a new battle has begun once again. This time around, it’s love and family versus revenge and hatred.

We’re excited to see where this battle goes and who ends up winning over who and how! What about you? Let us know in the comments below. Stay tuned for more interesting updates and check out ZEE5 Original series B.Tech here.

Shocking! Mansi Teams Up With Gaurav To Bring Mrudula Closer To Madhu In Ninne Pelladatha