Bhavani had one chance of seeking redemption of her age-old sins. But the only time she felt the need, Neelambari closed all doors for her. Read here 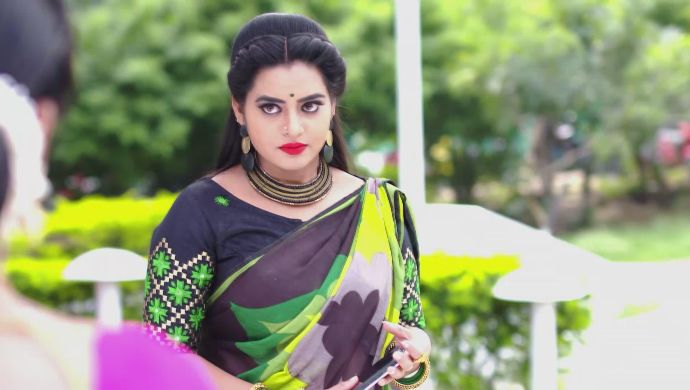 In the Zee Telugu show Muddha Mandaram, the lead pair had a shorter span than the antagonist. Chipurula Gangabhavani as she calls herself has been here since day one. And clearly, she has no plans on getting out of this story. Its lead pair, Deva and Parvathi suffered all their lives because of Bhavani and her corrupt mind. They are no more, but Bhavani’s wrath has not ended. Finally, there was one moment where things could have changed. But alas!

However, Neelambari’s revenge knows no end. She suggested killing a few hundred kids to bring down Akhila. Just like you and me, Bhavani was taken aback by this extremist person. She tried to reason with Neelambari but it all went to waste. Finally, she reached to a point where she decided it’s the best for her to step down and live peacefully. This was her moment for seeking redemption. But Neemlambari has all their videos and audio recording to threaten Bhavani to help her in her dirty cause.

Neelambari found Bhavani in her most desperate state and this became the foundation of their partnership-in-crime, once again. And now, Bhavani has no escape. What do you think will happen next with them? Let us know in the comments below. Stay tuned for more episodes and interesting stories. Next, find the latest episodes of Ninne Pelladatha on ZEE5.