Last week in Muddha Mandaram, Abhi finds out the truth about his identity and agrees to return home. Read the full weekly update here 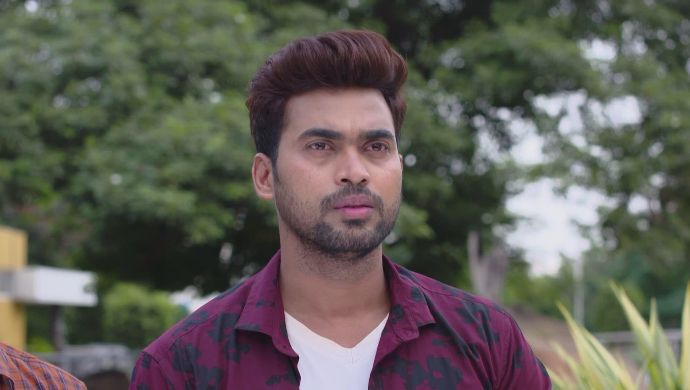 In the week before the last in Muddha Mandaram, Neelambari gets beaten by everyone, in Akhilandeswari’s room.  Soundarya speaks to Neelambari, in Bhavani’s voice later and tries to what find what she was up to. The next day in the temple, Bhavani takes many efforts to stop Shiva Shankar from talking. This is noticed by Soundarya, who then keeps a close eye on her. Bhikshapati meets Abhi, discreetly, and tries to tell him about Neelambari’s truth.

Soundarya shows the video to Abhi, who is shocked to know his truth. What hurts him more is the fact that he believed and respected a woman who wanted nothing but the worse for him.

Surya and Soundarya try to console him, and help him calm down his anger towards Neelambari. They also take him to Akhilandeswari’s house, as the one true heir, that he is.

Upon seeing them in the house, Bhavani provokes Akhilandeswari. Akhila, in turn, disses Soundarya and asks her to take away the criminal. Shiva Shankar wakes up in the middle of the night and goes to bring Abhi home.

Bhavani sees Shiva Shankar step out of the room while chanting Abhi’s’ name. She calls Neelambari to inform her about it, and Neelambari uses this opportunity to cause more trouble. She ties Shiva Shankar and tells Akhila that Abhi has kidnapped him.

Abhi finds out about the whole scenario and runs to save his grandfather. Finally, he reaches Neelambari’s house and unties Shiva Shankar. He warns Neelambari to stay away from his family and walks away. With this, Shiva Shankar’s ill-health also gets better.

On this occasion, Akhila announces a grand wedding for Abhi and Soundarya. Before Soundarya could tell them the truth, Siddhanth garu comes home and breaks the news. However, Akhila everyone is happy about their marriage. Chaitra and Krish suggest throwing a grand party to celebrate their wedding.

Abhi-Soundarya, Suryakantham, Prathap and Anusha dance on the stage. Neelambari enters the event, dressed in a burqa and tries to plant a bomb underneath Akhilandeswari’s seat.

Best of 2019: 6 Tollywood Actors Who Made A Mark With Their Electrifying Performances