Are Abhi and Soundarya on their way to falling in love? Here's a quick recap of all that has happened in the past week. 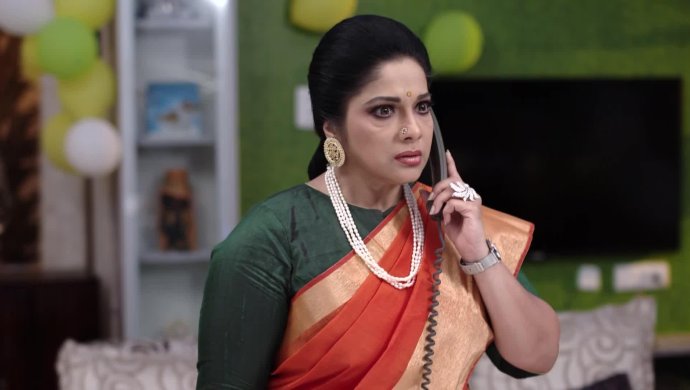 The week starting May 13, 2019 in the popular Telugu TV show Muddha Mandaram has been nothing but gripping and entertaining. If you happened to miss out on the tiny details of the superhit drama, fret not. We bring you the breakdown of everything that went on in the Ghattammaneni family and the people around them in the Telugu serial in the past week. We have earlier seen Abhi (played by Pavan Sae) and Soundarya (played by Thanuja Gowda) continue with their pointless banter and the Ghattammaneni family going through its usual share of ups and downs. Here’s exactly how the week went by.

Initially, Abhi and Soundarya fight with each other over Soundarya’s bicycle while Chandrika and Surya try to stop them. After the girls leave, one of the kids in Abhi’s shed says that a love story is slowly brewing between them.

At home, Soundarya pesters her mother Sarsu to cook something delicious — like chicken curry — for her. Sarsu, tired of her tantrums and laziness, taunts Soundarya for being a good for nothing. Soundarya complains about Sarsu to her father.

Meanwhile in the Ghattammaneni bungalow, Krish and Chaitra’s behaviour gets Akhilandeswari (played by Haritha) emotional. She looks at Parvathi’s and Deva’s pictures on the wall and cries her heart out. That’s when Krish, Chaitra and Bhavani console her and thank her for being the perfect mother to them.

Akhilandeswari tells them that her duty as a mother will be fulfilled when she brings Parvathi’s younger brother Gani home and takes care of him. Bhavani doesn’t like the idea. She tells Chaitra that bringing Gani home will reduce her importance and will shift Akhilandeswari’s focus entirely.

On their way to college, Abhi and Surya find a little boy lying on the roadside. He tells them about the child-trafficking mafia and Abhi decides to help him out. For starters, he takes this boy to an orphanage.

The next morning, the Ghattammaneni kids plan a Mother’s Day surprise celebration for Akhilandeswari after seeing her cry the previous night. Krish promises that he won’t do anything stupid or something that would bring her a bad name. Akhilandeswari is touched by their love. That’s when Chandrashekhar arrives.

Akhilandeswari informs everyone that she called him home for some work. Chandrashekhar is an investigative officer and was called to find out about Gani. Post this, Abhi calls Akhilandeshwari and challenges her about stealing her money again.

After many attempts, Surya and Chandrika succeed in convincing Soundarya to befriend Abhi. Just when Soundarya was looking forward to putting an end to their fights, Abhi starts teasing her again. And then begins yet another fight.

Keeping watching this space for more such updates. In the meantime, catch up on all the fun in Kalyana Vaibhogam on ZEE5.

Meenakshi 21 May 2019 Preview: Meenakshi Senses Kartik And Roshini Together Again

Is It Really The End For Mrudula In Ninne Pelladatha?