In today's episode, Soundarya goes as Aiesha to identify the thief and is shown Abhi's picture. Will she connect the dots again? 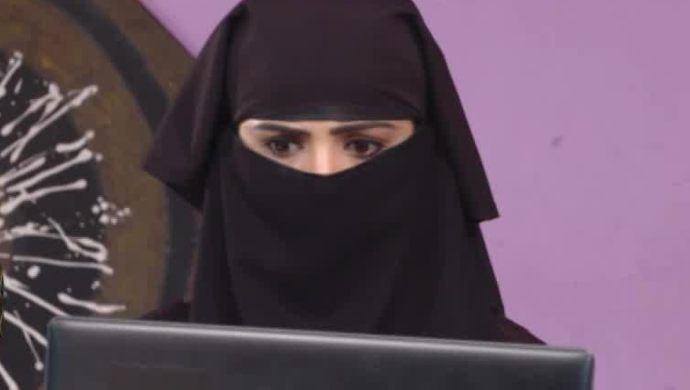 The Ghattammaneni house in the Telugu TV show Muddha Mandaram, is no less than an investigation bureau. Sometimes they are busy hunting down thieves and sometimes their own relatives. Akhilandeswari’s (played by Haritha) love and hatred can both be too taxing for people. Parvathi’s (played by Thanuja Gowda) brother Gani has been afraid of her hospitality, love and affection. While Abhi (played by Pavan Sae) has been out and about despite knowing that Akhilandeswari has unleashed an entire force after him. Now, when one has to choose another, will they be able to do it?

In the spoiler for the episode airing on 01 August 2019, we see that Soundarya is dressed as Aiesha once again, donning a burqa. She has made her way to the Ghattammaneni house, despite her parents warning her to stay indoors. She meets Chandra Shekar, who has taken up the responsibility of finding the thief. He asks the graphic designer, Anand, to show Aiesha the image that has been created. Although Shekar has his doubts regarding the picture, he stays quiet. Soundarya takes the tab in her hands and takes a look at the picture. Next, her eyes are wide open even as Shekar gawks at her reaction.

Previously, Soundarya had called out Abhi as the thief but had taken her words back when her friends tried to tell her otherwise. However, now that she has seen the image by the designer, it is possible that Soundarya connects the dots again. This time around, things have changed majorly. Since Abhi and Soundarya have fallen in love and have even accepted their feelings for each other, Soundarya might not take any step. Anyhow, Abhi and Soundarya are fearing that they might have to leave each other soon, given Gani’s growing anxiousness. What happens next? Where will this love story head?