Sometimes things are not in your hands, says ZEE Heroes' Srishti Vyakaranam post a task in the Telugu reality show. Here's what we learnt from her. 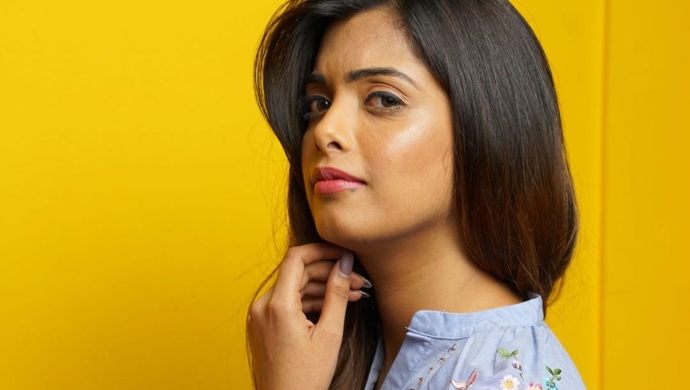 The mundane Monday has returned once again. And yet again, we are here to provide you with some motivation to make it a little easier. Srishti Vyakaranam is someone who has given us some much-needed motivation to begin our week this time. Currently dangling between adrenaline rush and deathly battles, Srishti is seen in the Telugu reality show, ZEE Heroes. Earlier last week, she was part of a quest which opened her eyes to something that we do not understand or address very often. But we should.

The episode was named Happy Pool and involved the group of five contestants who were divided into different tasks. Srishti was the one who had to be tied to a lock and rope and float in the 12-feet deep pool. Her challenge was to swim across the pool, collect the key from one person, come back and use it to unlock herself. And there were more keys than locks, eventually making the task more difficult. In the midst of this task, as Srishti tried to unlock herself, she slipped into the pool.

BTS.. Sometimes things are not in your hands and it’s the perfect example of that.. this episode is one in which I appreciated life a little more and realised that the end can be any day ! I had some amazing people right there to help me out @jabardasth_ramprasad @tejaswimadivada @akarshbyramudi @anudeep.dev @samratreddy @sunandhamalasetti @milindchandwani @vidyuraman @lakshmimanchu And the whole team @ramya.vemulapati @nitsriram to make me come out of this situation.. Zee heroes at 9pm tomorrow.. @zee_telugu #zeeheroes #heroes #zee

Being a claustrophobic person, Srishti lost her attention and even had a panic attack underwater. At that moment, we believe, she saw her life ahead of her. That’s when Srishti took to her social media to share one of the biggest learning of life. She wrote: “Sometimes things are not in your hands and it’s the perfect example of that. This episode is one in which I appreciated life a little more and realised that the end can be any day!” We all know it. But how often to do we acknowledge it? Possibly, not until it’s too late.

Take some inspiration and live life as your life should be. Not too dreamy, not out on the roads with a camera in hand (unless that’s your jam). Take care of yourself, complete the checklist you prepared. Do not store your favourite T-shirt inside. Eat healthy. Stay hydrated. Because any day can be the last. You might want to make it count.

Stay tuned for more of such Monday motivations. Check out Nani’s Jersey for another dose on ZEE5.