Indian Mythology is a great way to teach your children the morals and values that one must imbibe to live a better life and be a better person. 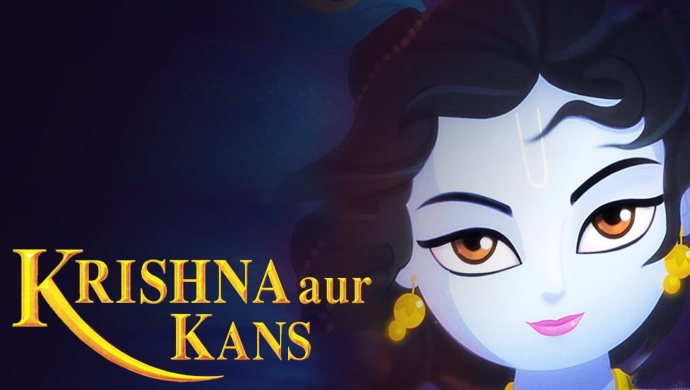 ZEE5 has opened a new door to entertain our little heroes with its Kids Section. Amongst some of the great picks, you can also find Krishna Aur Kans. The 2012 film is a Flash-animated film directed by Vikram Veturi. Krishna Aur Kans, as the name suggests, is the story between the mighty Lord Krishna and his evil uncle, Kans. Not only for kids but it’s a great watch for you, too.

Once upon a time in Mathura, Kans imprisoned his own father and a benevolent ruler to become the king. He was feisty, greedy, and could never keep his people happy. One day, it was time for his sister Devaki to be married to King Vasudev. Evil Kans loved his sister and decided to drop them home on his own convoy. They heard a divine voice en route which told Kans that his end is near.

The divine voice also specified that Kans will be killed by Devaki and Vasudeva’s eighth son. Kans could not allow that and decided to kill Devaki. It was King Vasudev who begged for mercy and promised to hand over all of their children to Kans. In order to keep a check on them, Kans commanded Devaki and Vasudev to become his prisoners and the couple lived in a dungeon.

Many years later, the couple had the eighth son in the middle of a stormy night. Just when they were fearing that Kans would kill this baby boy, too, the divine light shone again. It asked King Vasudev to exchange their newborn with that of King Nand and Queen Yashoda’s daughter, across the River Yamuna. Nature and circumstances worked in their favour and King Vasudev returned with a baby girl.

Devaki convinced her evil brother to let the little girl live since the prophecy had gone wrong. Similarly, Krishna was being brought up happily on the other side. This was all about his birth, find how he kills evil Kans – here.

Check out what’s more in store for you kids here.

Upasana Konidela’s Tips To Keep Your Relationships Healthy During This…

Not A Fan Of The Gym? Zumba Your Way To Fitness At Home With This Tollywood Playlist