Madhu-Mrudula And Gaurav-Mansi Are Excited To Witness The Mystery In Ooty, Are You?

The lead couples of Ninne Pelladatha are all excited and happy to be shooting in Ooty, with a special twist to their honeymoon trip. What about you? 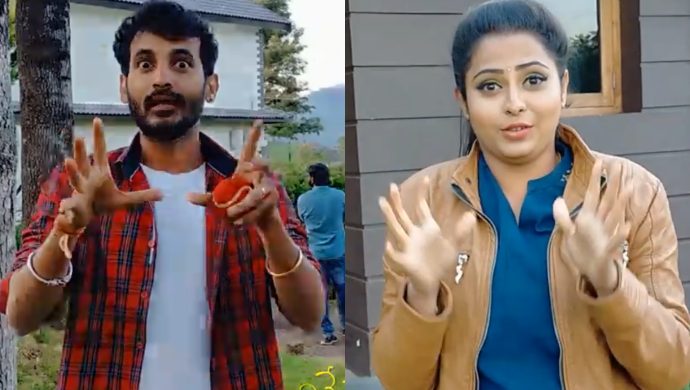 In the popular Zee Telugu show, Ninne Pelladatha, our favourite couples have finally taken a trip out to Ooty. Madhu and Mrudula, Gaurav and Mansi, are now in Ooty to complete their long impending honeymoon. Their marriages, so far, have been occupied with unnecessary and unwanted drama. From Brahmini’s disappointment in Mrudula to Kanakam’s drama, they have only been fixing problems at home. But once again, their honeymoon seems to be in danger.

Watch them talk about the upcoming episodes here:

Recently, we saw the promo of the lead couples in Ooty where they were trying to have fun. While we were happy to see our favourite couples being happy, misery followed them there too. It all started with Mrudula getting a bloodied necklace from Madhu. Later, we also see Madhu being frustrated by the unsolicited knocking on their cottage. If this wasn’t enough, we also see Madhu sitting all by himself at the end of the short clip.

Now, the actors have come to share a word to two about their journey in the town. Mansi was busy clicking selfies and told us that they had a fun time shooting the mystery episodes. Gaurav got busy playing cricket with Madhu and told us to keep an eye out for the future episodes. Madhu told us that “something big” is on its way for us. Mrudula promised that we would get to see a new side of her in Ooty while also assuring that the mystery will take us by surprise.

Are you excited? Stay tuned to watch what happens in the dense woods of Ooty on ZEE5, before it airs on TV.

You can also catch up on all the previous episodes and read everything about it here. You can also get all the live updates on Coronavirus on ZEE5 News Section.

Ninne Pelladatha: What Evil Plans Does Fate Have For Madhu-Mrudula During Their…